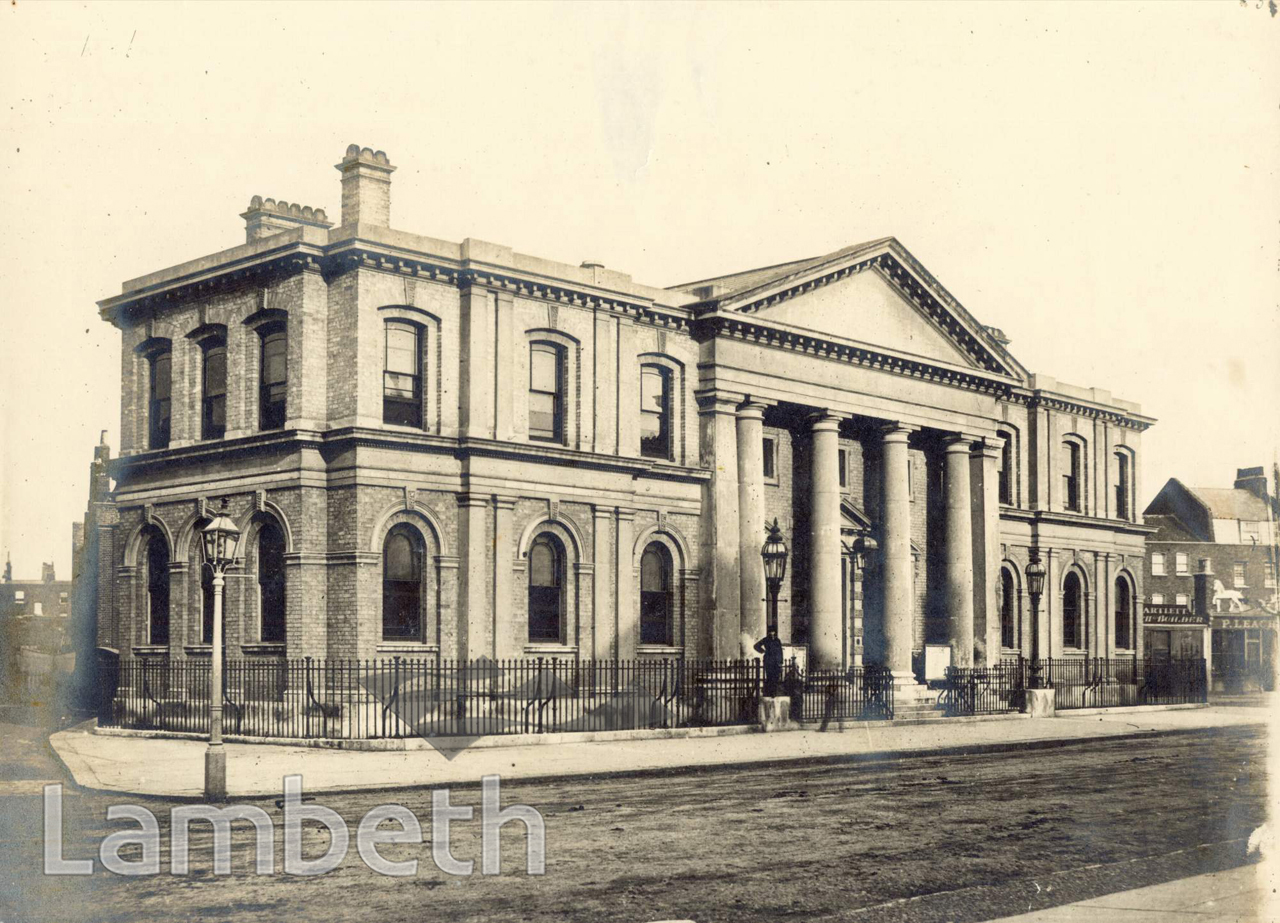 The Vestry Hall, Kennington Road, originally built on the site of a pond replacing the smaller vestry hall of 1809 in Church Street. It was designed by Messrs Willshire and Parris and built by William Higgs at a cost of about Â£4,800. The building was used for the business of the parish from 1853 and became the Town Hall for Lambeth from 1900. The last meeting of the Borough Council was held in 1908, shortly before moving to the new Town Hall in Brixton. The building was then leased to the Church of England Children's Society ('Waifs & Strays') as their headquarters. Photograph by William Strudwick.
#1850 - 1875  #BUILDINGS / ARCHITECTURE  #KENNINGTON  #LOCAL GOVERNMENT  #Photograph  #STREET FURNITURE  #Strudwick Photographer
⇐UPPER FORE STRE...