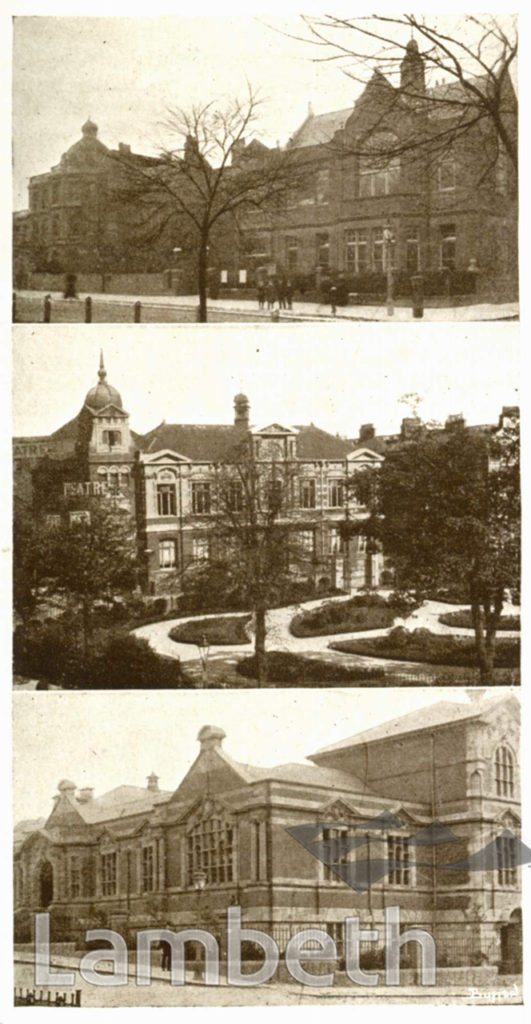 Clapham Library seen on the top, situated at the end of of North Side, Clapham Common facing the Polygon, was opened in 1889. The Tate Library, Brixton, in the centre, opened in 1893 and is located opposite the Town Hall in Brixton Oval. The Carnegie Library which opened in 1906 in Herne Hill Road is seen at the bottom.Photograph from The Borough Pocket Guides, No 447 for Lambeth, 1910.Ref: S170/3 p.59