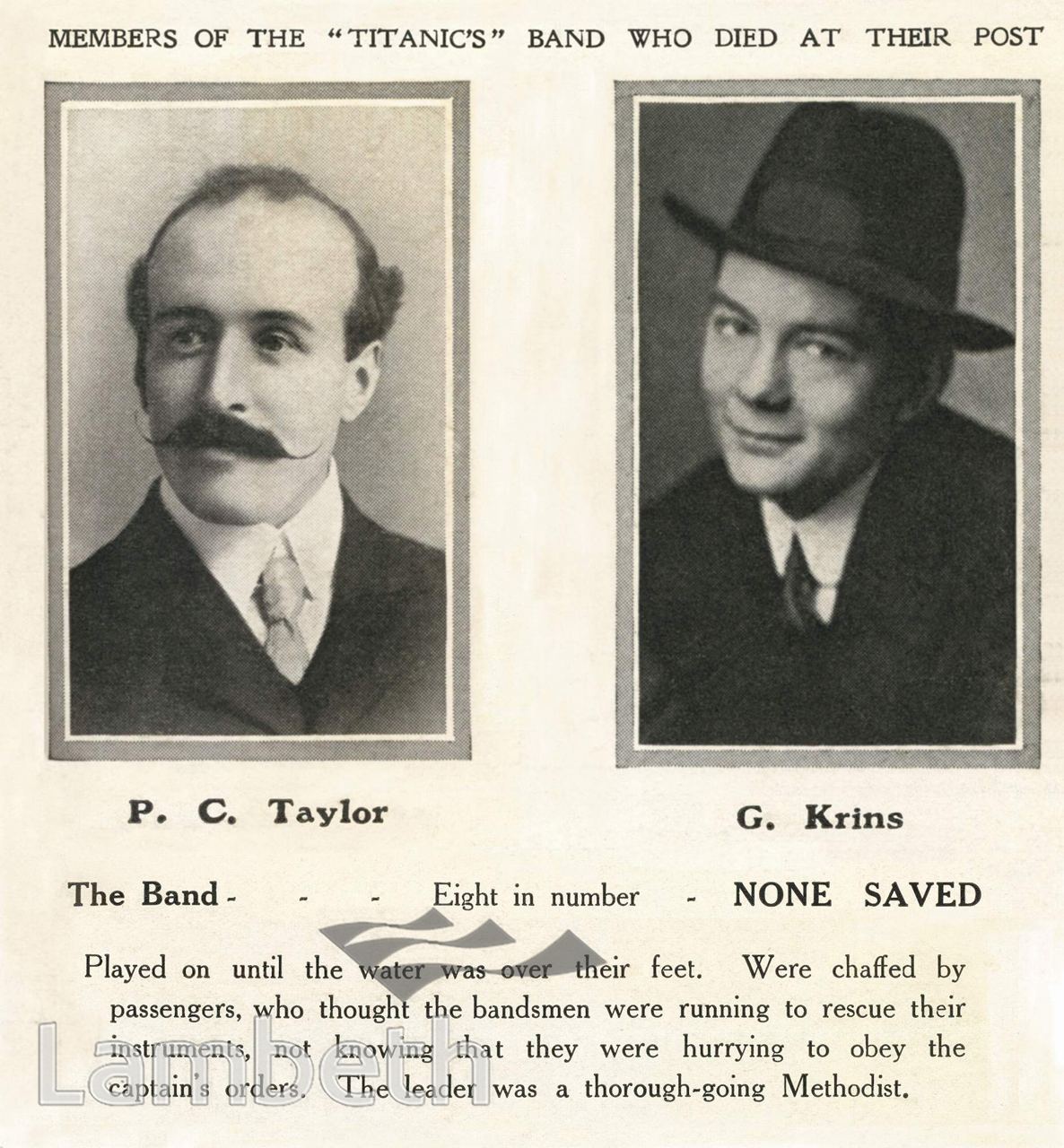 Percy Taylor and Georges Krins were two Lambeth-based musicians recruited as bandsmen for the First Class Lounge on the maiden voyage of RMS Titanic. The ship struck an iceberg and sunk on 15th April 1912. The Brixton Free Press, 26th April 1912 reported: 'From this district there went down in the ill-fated Titanic two fine young heroes, namely, P.C. Taylor, [9] Fentiman Road, Clapham, and G. Krius, [10] Villa Road, Brixton, they being members of the band who played "Nearer, my God, to Thee" while the vessel was sinking, and by their bravery helped to comfort others in that time of agonising terror'. Miss Bounell of Youngstown, Ohio, stated that the orchestra belonging to the first cabin assembled on deck as the liner was going down and played "Nearer, my God, to Thee." By the time most of the lifeboats were some distance away only a faint sound of the strains of the hymn could be heard.Surviving stewardesses were full of praise for the drowned bandsmen: 'They were ordered to put on the lifebelts and they put them on, but they found they could not play in them, so they took them off again, and played without them until the ship went down'.Their bodies were never recovered. Composite image from 'The Sphere', 4th May 1912.
#1901 - 1925  #ENTERTAINMENT  #People  #Print
⇐DAVID BOWIE MUR...