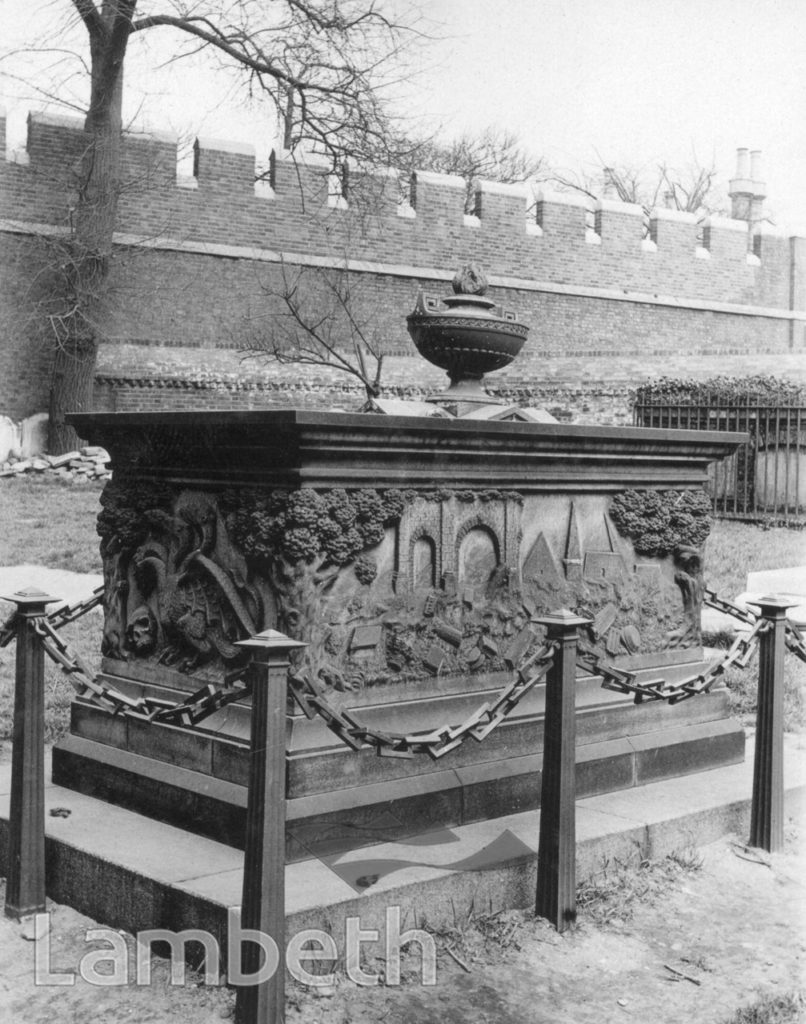 The tomb of the Tradescants in the churchyard of St. Mary's, Lambeth. John Tradescant, father and son were travellers, naturalists and gardeners of repute who lived at The Ark in South Lambeth Road. St Mary's is now home to the Museum of Garden History, founded to commemorate the Tradescants.Ref: IV/158/6966