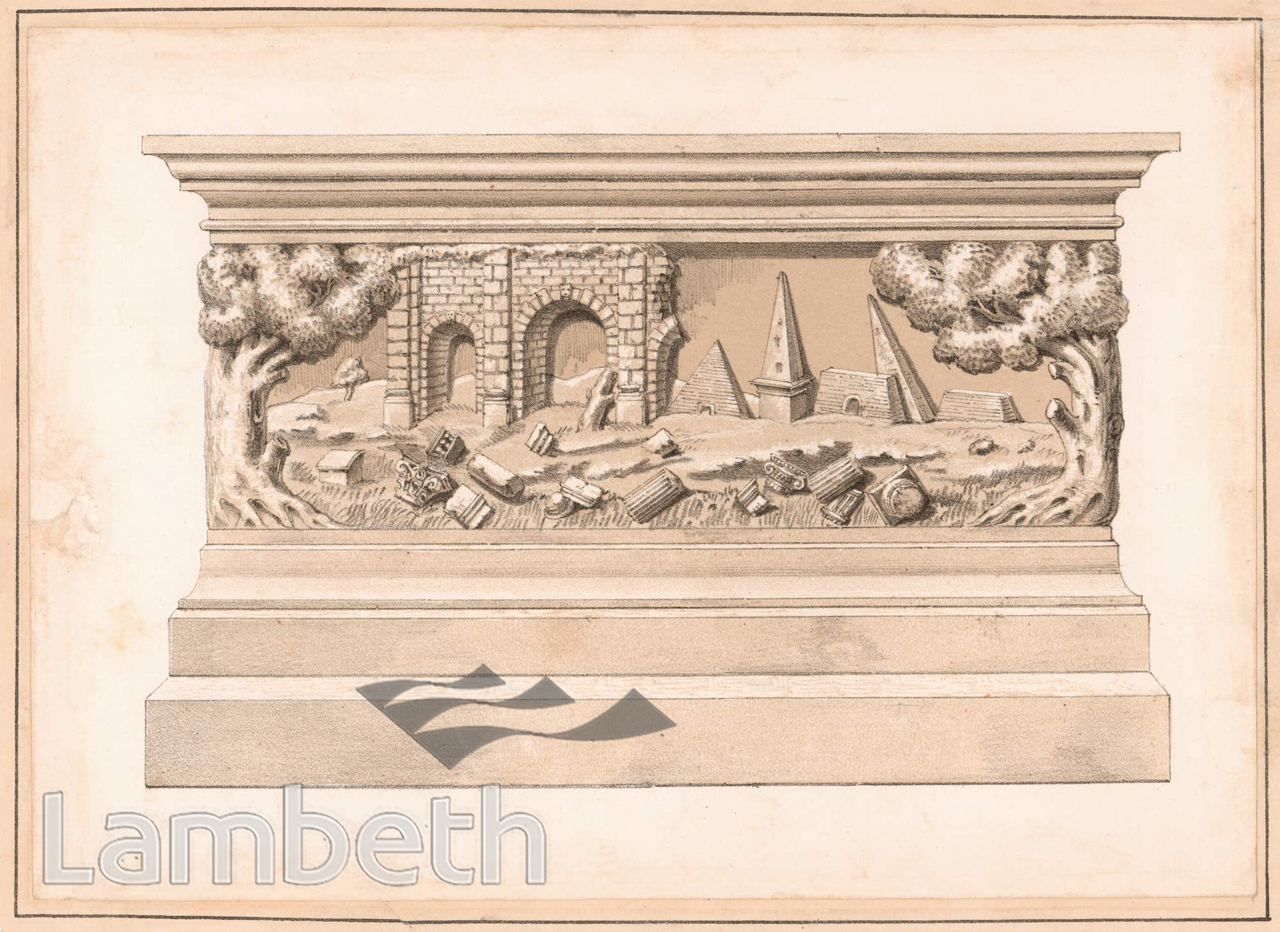 Tomb of the John Tradescants in St Mary-at-Lambeth, showing the south side with ruinous buildings from antiquity. The tomb was re-carved in 1853 to the original 17th century design by Mr G.P. White of Vauxhall Bridge Road at a cost of £110. The stone was from Darley Dale, Derbyshire and a gift of John Freeman Esq. of Millbank. The monument, originally erected in 1663, had also been restored in 1773. From a series of lithographs commissioned from Miller and Field of Bridge Road, Lambeth, to mark the restoration of the tomb, and presented to each subscriber to the fund. This set was bound with the record of the subscription and deposited in the chest of Lambeth Parish in its Vestry Room by James Forbes Young, Treasurer of the fund, in 1853.
#1850 - 1875  #BURIAL GROUNDS AND CEMETERIES  #LAMBETH  #Lithograph  #TRADESCANT- John the Elder
⇐ASHMOLE’S...