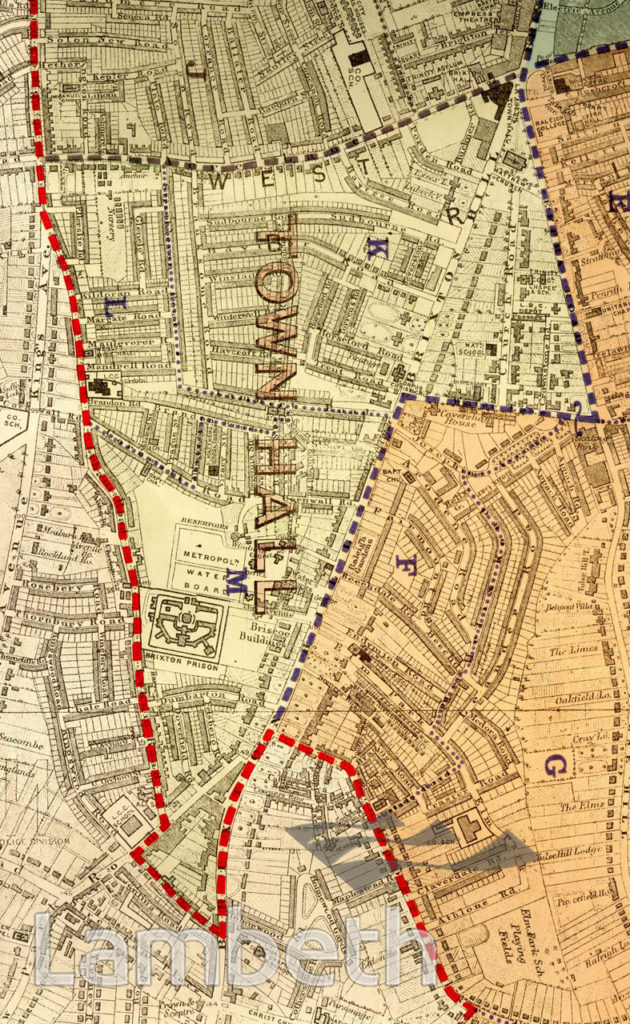 Lambeth, as a fast growing suburb of the metropolis, needed a new town hall to replace the existing Vestry Hall in Kennington (which still stands). The present town hall seen on the top right was opened by the King and Queen in 1908 at the junction of Brixton Hill, Brixton Road, Acre Lane and Cold harbour Lane. St Mathew's Church to its right was one of the four Lambeth churches built with the aid of a government grant in the 1820s. Electric Avenue, just seen at the top, heralded Brixton's importance as a commercial centre with a station, quality shops and arcades. Brixton Prison, in the centre, built in 1820, was renovated and became the trial and remand prison for London in 1902. Housing mainly consisted of terraces catering to the business and middle classes, varying in size and finish. Extracts from the map of the Metropolitan Borough of Lambeth showing the wards, parliamentary divisions and subdivisions into poling districts, 1918.Ref: 2/1918/MF