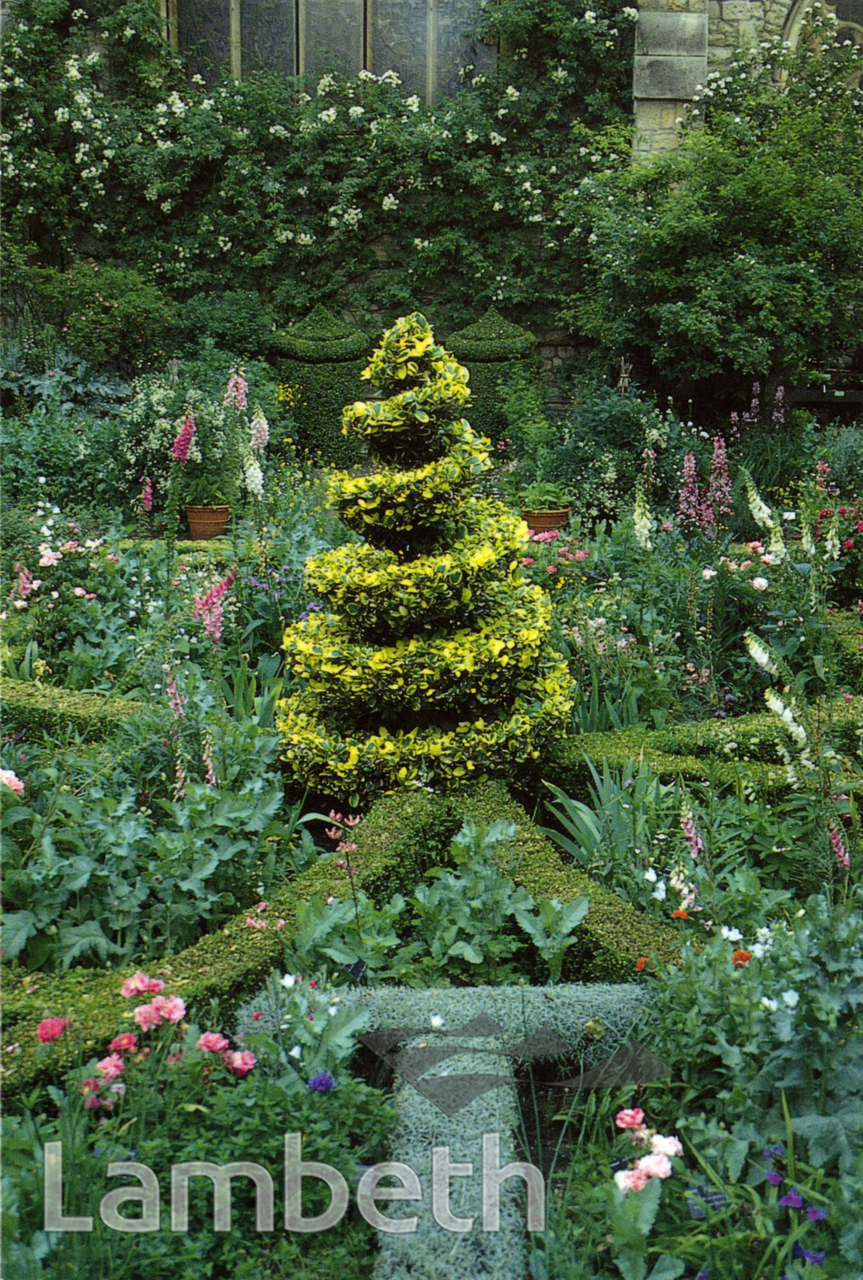 The Tradescant Garden at the Garden Museum, St Mary's church, Lambeth Palace Road. The garden was designed by the Marchioness of Salisbury, Mary Searls and John Drake, and planted in the winter of 1980-81, it was formally opened by Queen Elizabeth the Queen Mother in 1983. Created as a living memorial to the John Tradescants, who are buried in the graveyard at St Mary's, it featured plants from the 17th century and earlier, including many plants introduced and first grown in Britain by the Tradescants. This view looks across Lady Salisbury's knot garden to the east end of St Mary's. The garden was removed and the graveyard area redeveloped by the Museum in 2015-17.
#1976 to date  #Digital  #LAMBETH  #OPEN SPACES  #RELIGION  #TRADESCANT- John the Elder
⇐GRANVILLE ARCAD...