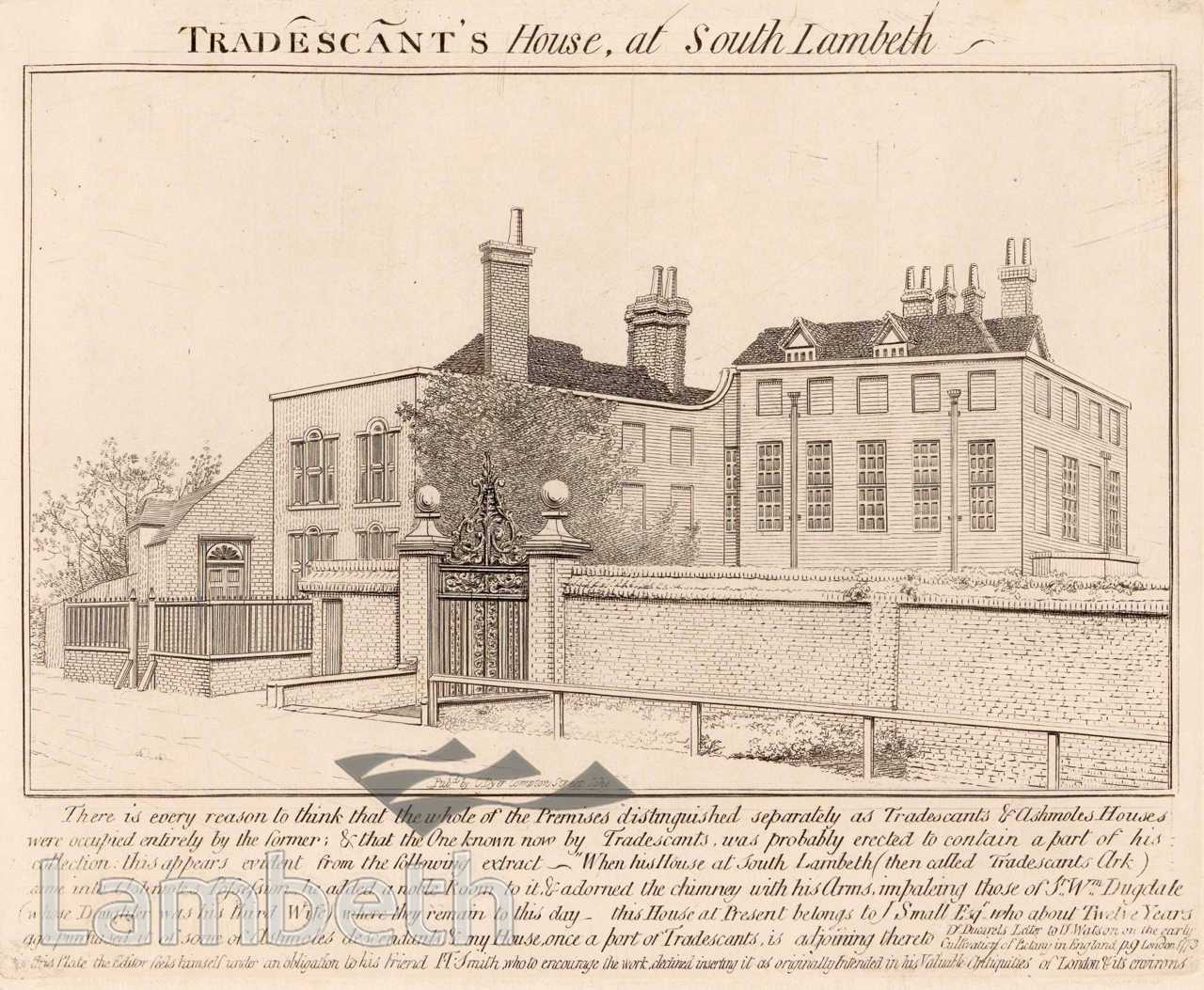 Home of the Tradescants in South Lambeth. John Tradescant the Elder and John Tradescant the Younger were travellers, naturalists and gardeners of repute, who lived in Lambeth in the 17th century. Their house, known as the Ark, is the left-hand dwelling in this later image. Adjoined on the right is Turret House, the home of Elias Ashmole, although he acquire the lease of The Ark after Hester Tradescant's death in 1678 and sub-let the front portion.
#-Before 1850  #BUILDINGS / ARCHITECTURE  #Engraving  #HOUSING  #TRADESCANT- John the Elder
⇐LAMBETH WALK, L...

FOOTBALL AT THE... ⇒