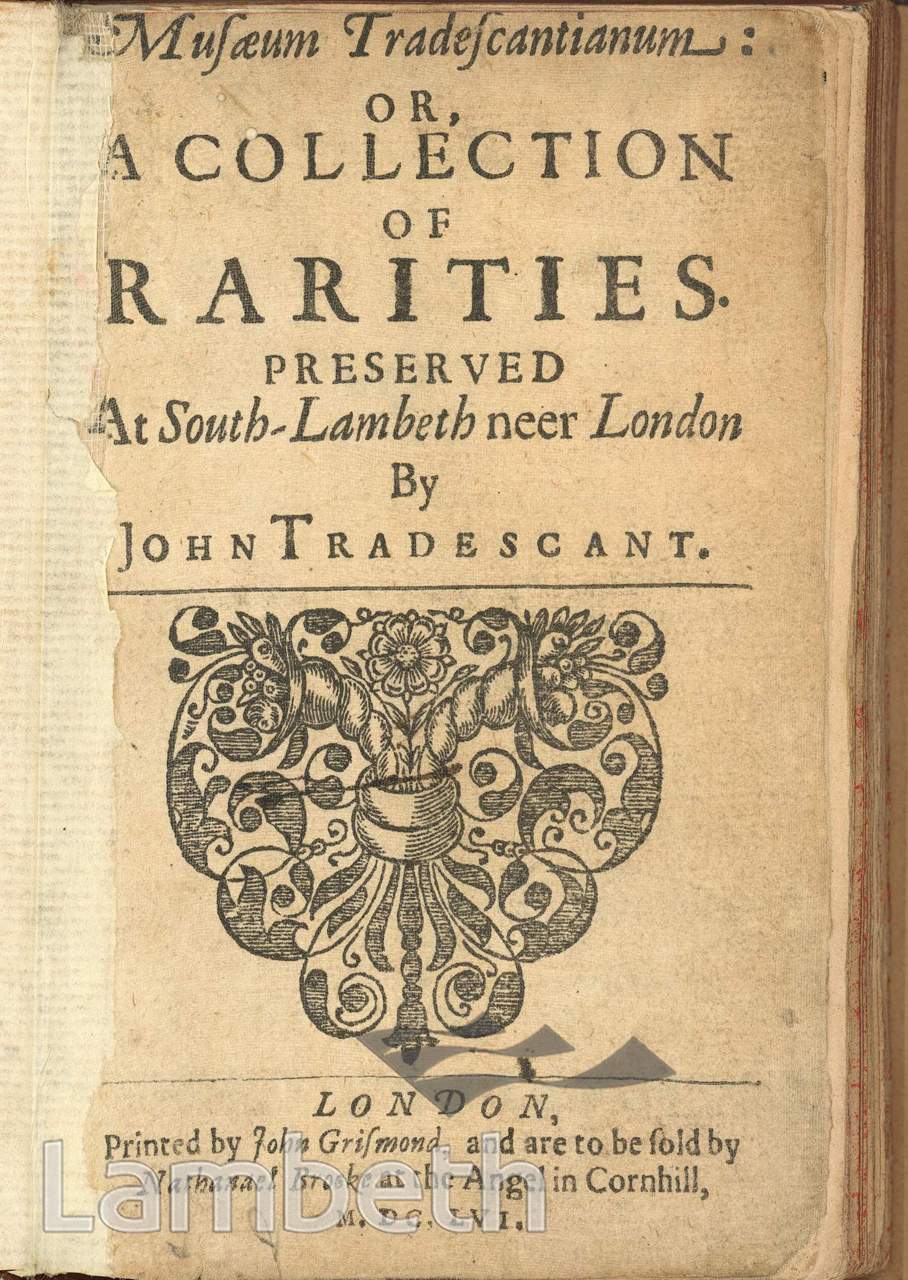 Frontispiece to 'Museaum Tradescantianum, or a Collection of Rarities preserved at South-Lambeth neer London, by John Tradescant'. This was a catalogue published in 1656 for Britain's first museum open to the public, a collection begun by John Tradescant the Elder and continued by his son, also John. The younger Tradescant died in 1662 and, although it continued to be displayed in South Lambeth by his widow Hester, once she had died (found drowned in a pond), the collection was removed by Elias Ashmole to become part of the Ashmolean Museum's founding collection in Oxford.
#-Before 1850  #ENTERTAINMENT  #Print  #SOUTH LAMBETH  #TRADESCANT- John the Elder  #TRADESCANT- John the Younger
⇐TRADESCANT̵...