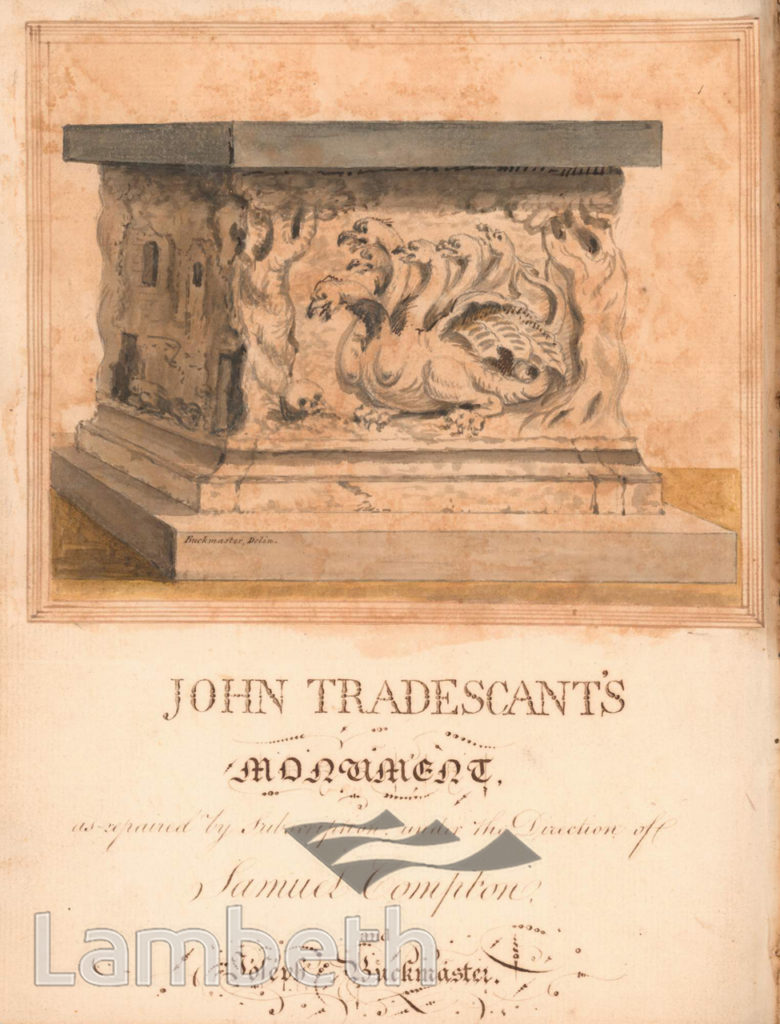 The tomb of the Tradescant family in the churchyard of St Mary's Lambeth. The tomb was completely repaired in 1773 under the direction of Samuel Compton and Joseph Buckmaster and subscribers included; Archbishop Cornwallis, Peter Theobald, John Field, Benjamin White and Thomas Curtis. The burial chamber was relined by bricklayer Walter Burrows at a cost of Â£3.5.3d and stonemason Henry Barrell recarved the monument in Portland stone with a black marble ledger costing Â£16.2.8d.Watercolour by Joseph Buckmaster with calligraphy by Thomas White, Master of the Boys Charity School, Lambeth. From the subscription record book, 1773.Ref: P1/90/1