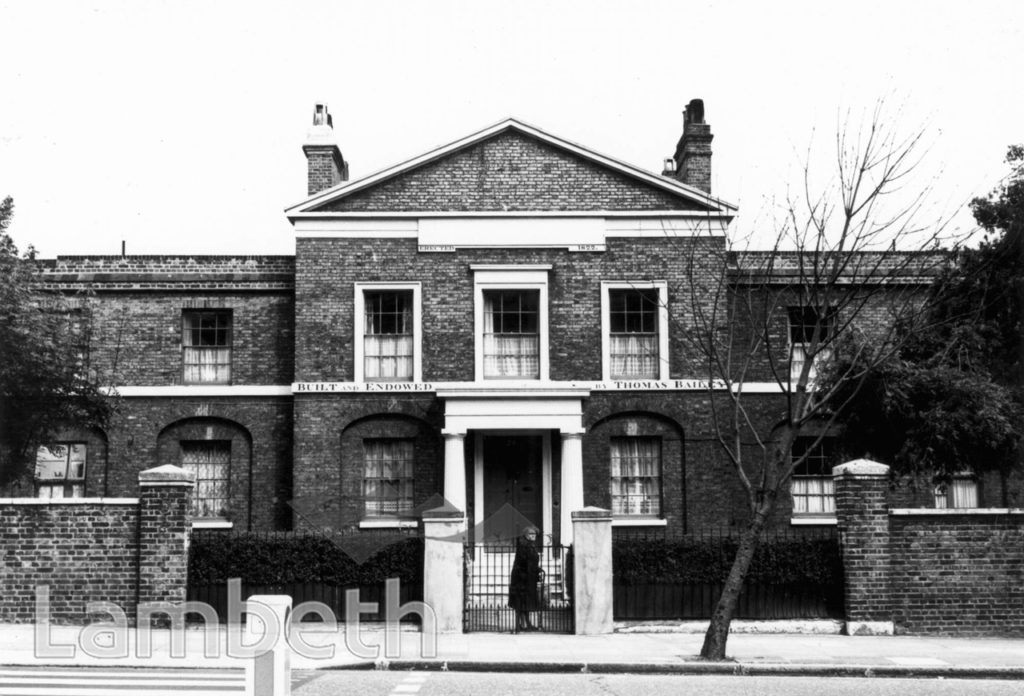 Trinity Homes in Acre Lane was build on land purchased by Thomas Bailey of Bethel House, Brixton in 1822. He was 'desirous of establishing an asylum for pious aged women' and he stated candidates for admission had to be members of the Church of England and between 57-67 years of age. He had two blocks erected by Messrs Bailey and Willshire, surveyors. Trustees ran the asylum after his death in 1828 and added a third block designed by Samuel Field at a cost of Â£575 in 1860. A later eastern range is dated 1860.Ref: LBL/DTP/UD/2/1/17/27