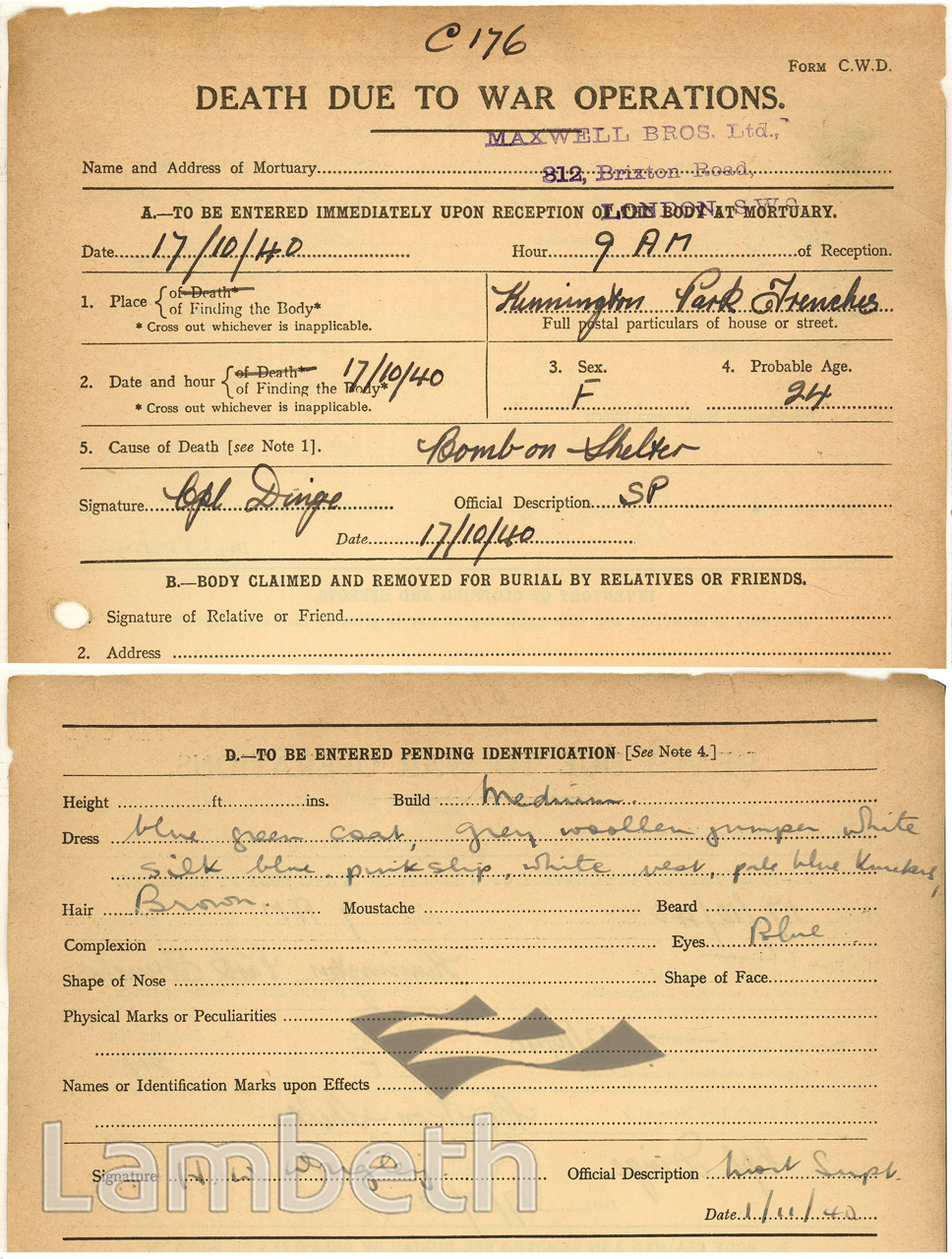 Form CWD; 'Death Due to War Operations', dated 17th October 1940. An unidentified woman killed by a bomb in the Kennington Park ARP trenches. The description states, 'Female, probably aged 24, Cause of Death: bomb on shelter'. The woman was taken to the mortuary of Maxwell Bros, 312 Brixton Road. The description pending identification references her clothes, hair and eyes. The bomb on the shelter in Kennington Park was estimated to have killed 104 people, of those recovered, 7 were listed in the CD file as unidentified and 48 bodies were never retrieved.
#1926 - 1950  #KENNINGTON  #Print  #WAR AND ARMED FORCES
⇐FOWL HOUSE APPL...