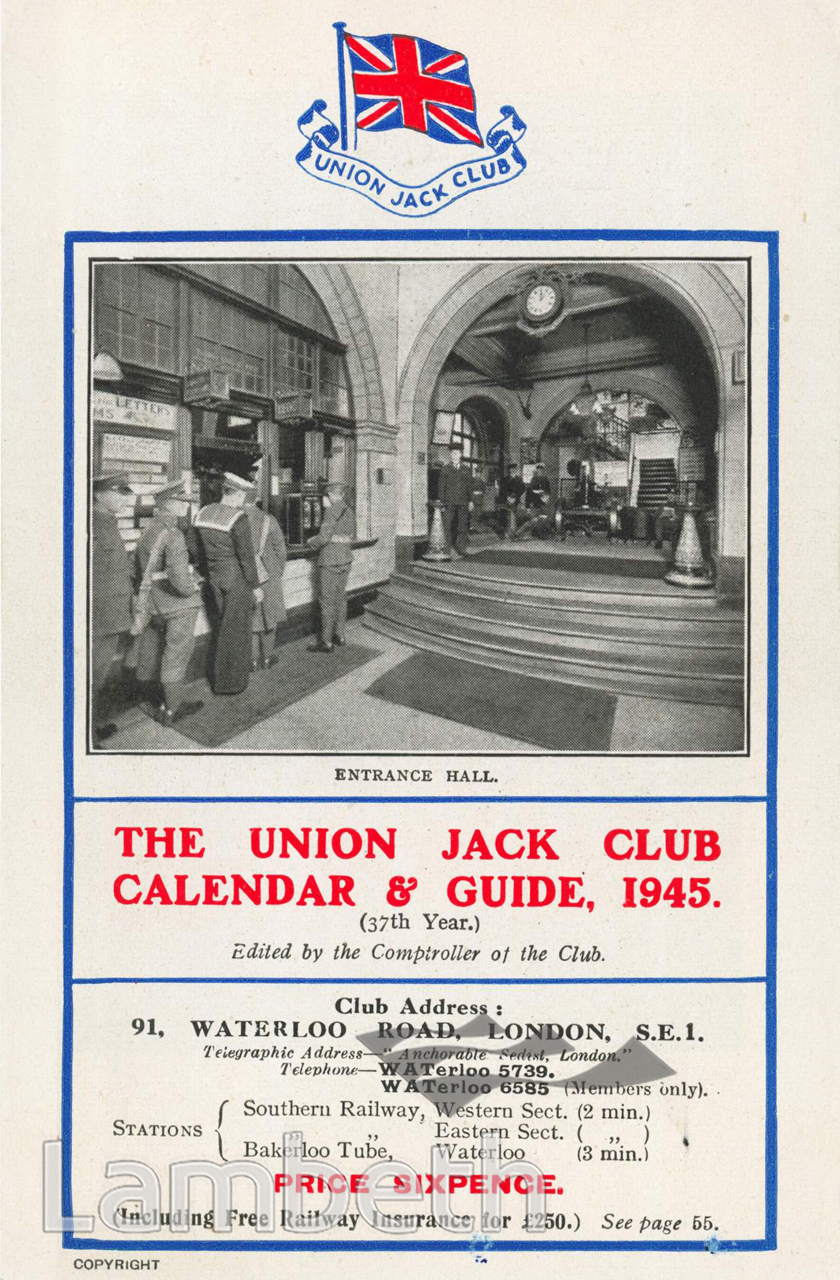 The Entrance Hall as shown on a 1945 guide to the Union Jack Club, Waterloo. The club was erected by public conscription as a national memorial to sailors, soldiers and marines killed on active service, providing a club house and bedrooms for those below the commissioned ranks. Facilities also included baths, writing room, billiards room, barber and shops. It was opened by the Prince of Wales (later George V) on the 21st July 1904 and by 1940 the accommodation had expanded to provide 1,100 beds for servicemen.
#1926 - 1950  #Cuttings Files  #Print  #WAR AND ARMED FORCES  #WATERLOO
⇐FLYER: LAMBETH ...