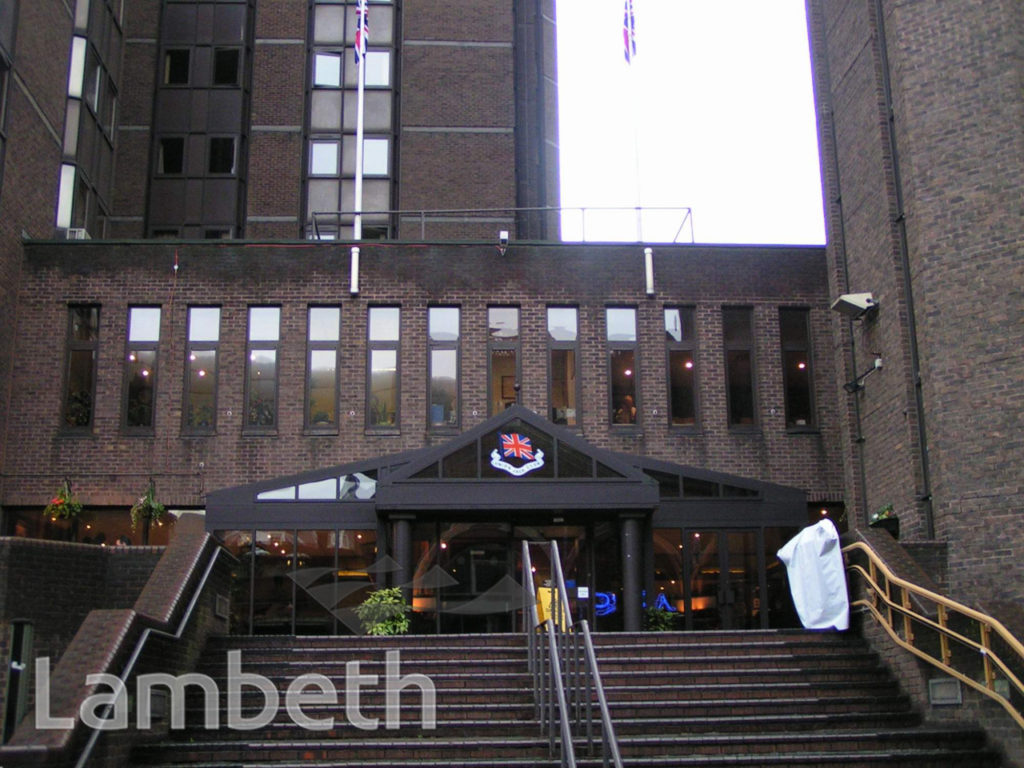 The Union Jack Club is a residential club for members and ex-members of the British Armed Services founded in 1907 by Mrs Ethel McCaul, a Royal Red Cross nurse. The present building was opened by HM Queen on 12th February 1976. Digital image courtesy of Penelope Gretton, 2005. Ref: SPd3954/20/11