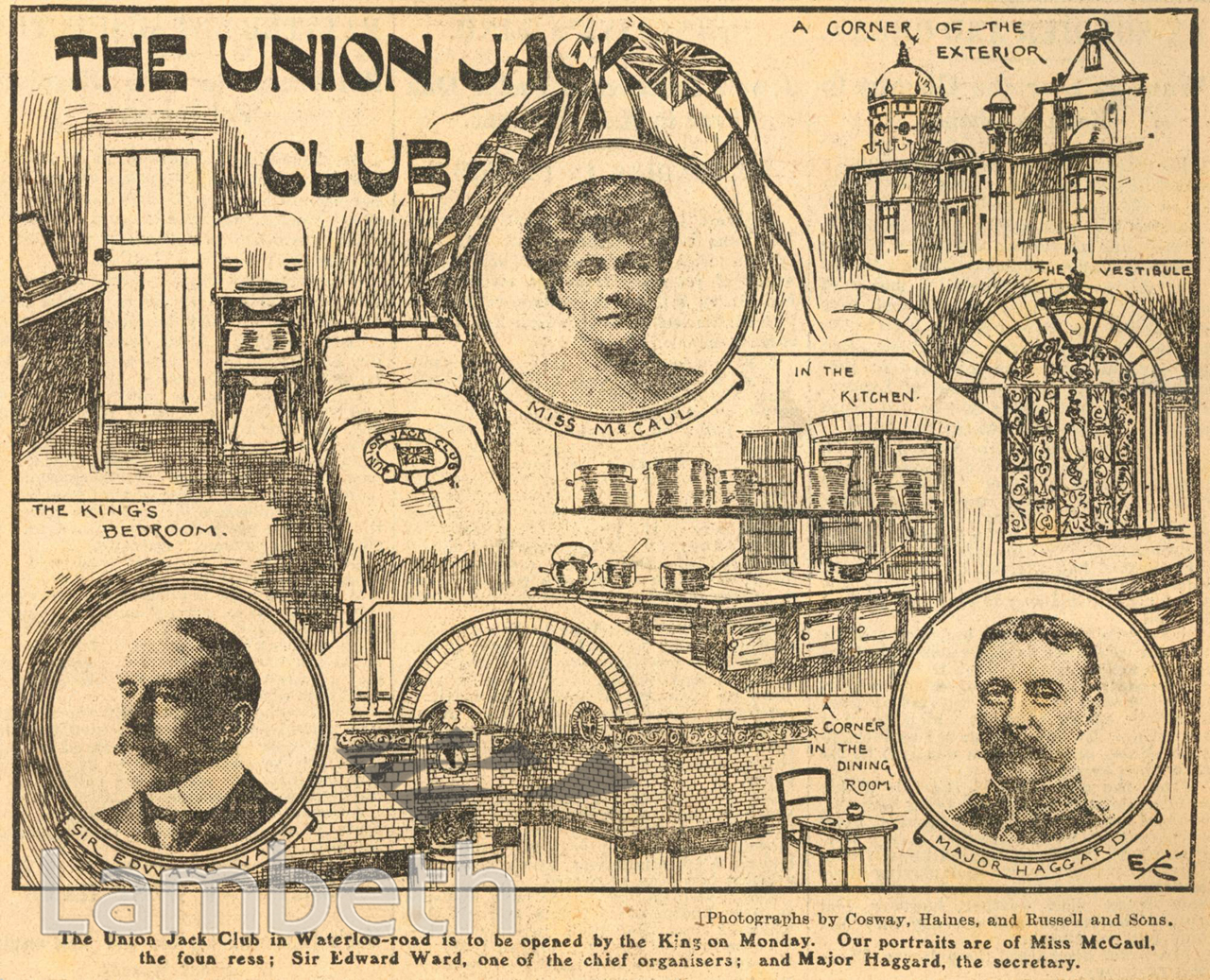 'The Union Jack Club in Waterloo Road is to be opened by the King on Monday. Our portraits are of Miss McGaul the foundress; Sir Edward Ward, one of the chief organisers; and Major Haggard, the Secretary.' The club was erected by public conscription as a national memorial to sailors, soldiers and marines killed on active service, providing a club house and bedrooms for those below the commissioned ranks. Facilities also included baths, writing room, billiards room, barber and shops.From Lloyd's Weekly News, 30th June 1904
#1901 - 1925  #BUILDINGS / ARCHITECTURE  #Surrey-ana  #WAR AND ARMED FORCES  #WATERLOO
⇐CLASSROOM, CART...