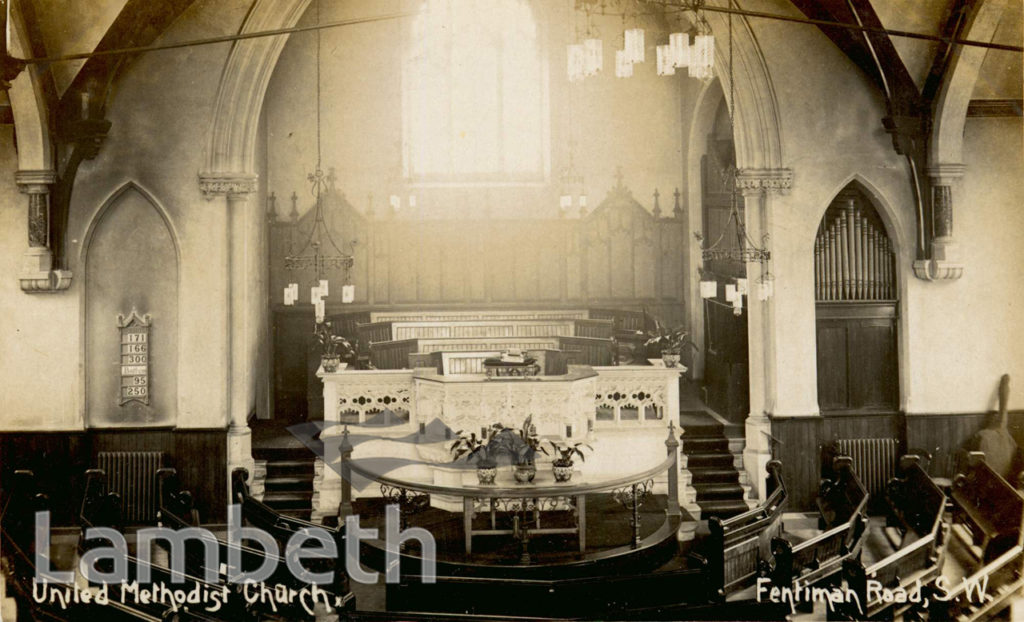 The United Methodist Church in Fentiman Road, South Lambeth, which replaced an earlier chapel in Miles Street that had been founded in 1854. The church and adjacent school buildings were built in 1901 to the designs of George and Reginald Baines by J. O. Richardson of Peckham. The church suffered bomb damage during World War II and although renovations were carried out in 1954, the Methodists vacated the building c.1979 when it was acquired by the Calvary Church of God.Ref: PC/SP 4213