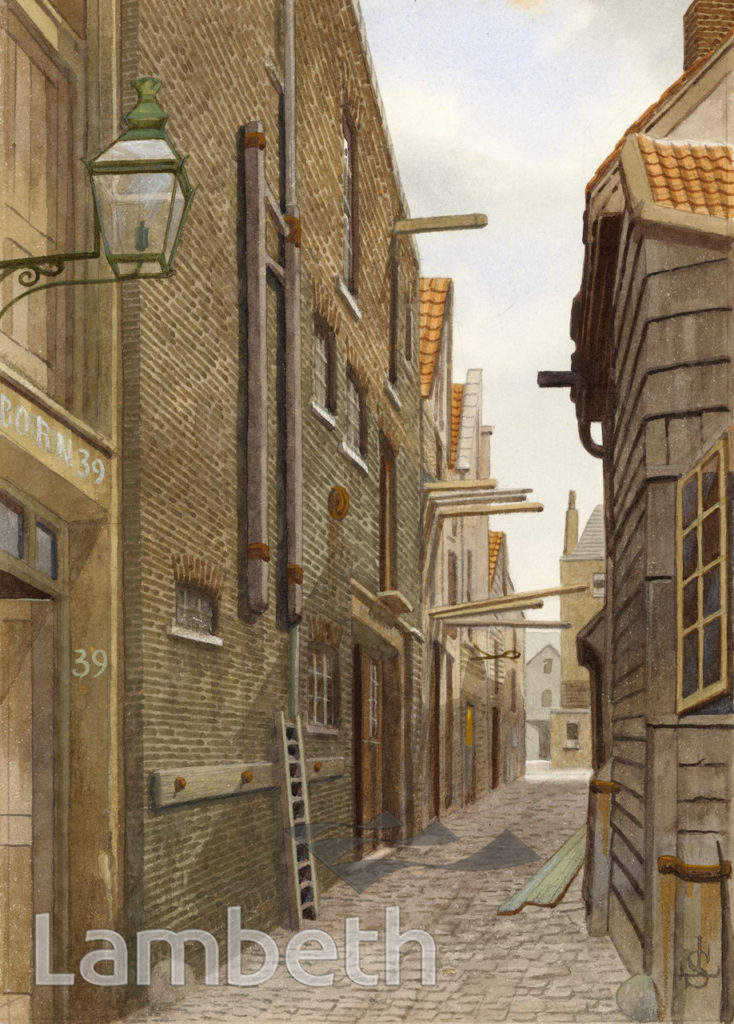 A watercolour by James Lawson Stewart (1829 -1911) annotated 'Part of Fore Street, Lambeth, looking East'. The premises on the left could possibly be that of Robert George Seaborn, Bone Merchant. This area adjacent to the Thames was demolished and replaced with the Albert Embankment in the early 1860s. Stewart painted views of the streets and buildings of the cities where he lived, drawing from life or after earlier prints and drawings, and these watercolours were given to his landlord in lieu of rent. The scene depicted here is almost certainly taken from an earlier photograph of c.1865 by William Strudwick.Ref: 2010/18