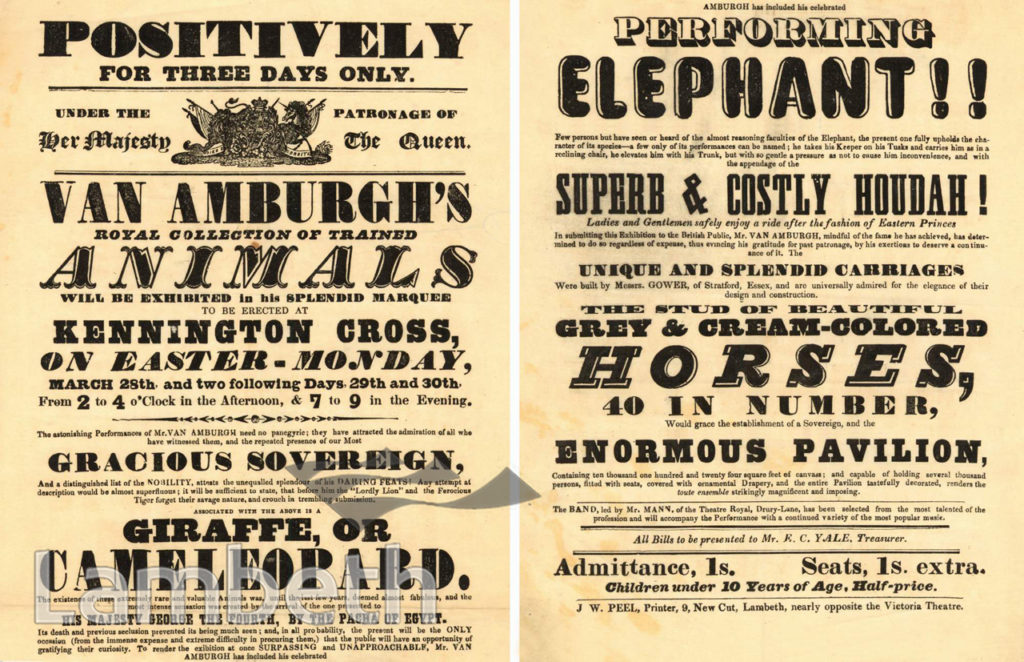 Handbill for Van Amburgh's circus featuring a 'Royal collection of trained animals' to be exhibited in a marquee at Kennington Cross at Easter, 28-30th March 1842. The show featured a performing elephant and a giraffe, 'or cameleopard'. The marquee was advertised as holding several thousand persons and being 'tastefully decorated'. Van Amburgh became known as Queen Victoria's favourite lion tamer and was painted by Sir Edwin Landseer. He also performed regularly at Vauxhall Gardens.Ref: 13/951 Handbills