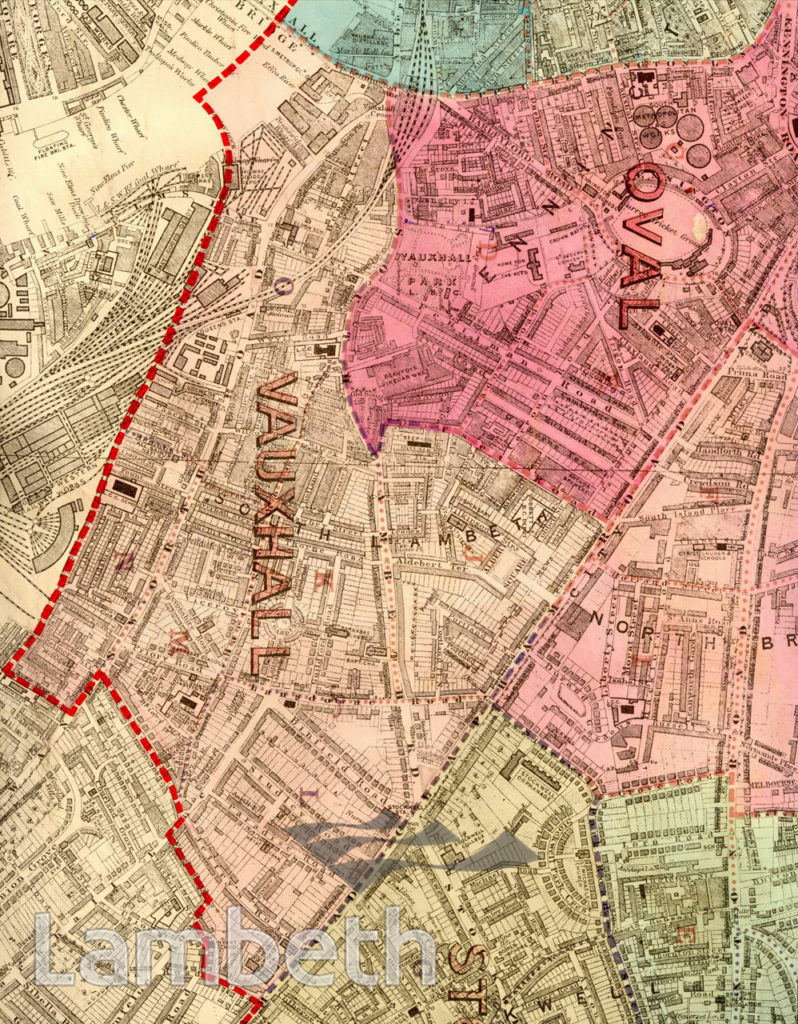 The opening of Vauxhall Bridge in 1816 had resulted in the laying out of new roads and a boom in house building. A century later most of the area had been developed, but there were great disparities in the housing types, ranging from working class cottage style terraces like those around Heman's Street in the west, to the Georgian terraces around Albert Square. The former was demolished in the 1930s and replaced by the Hemans Street estate. Industries, like Beaufoy's brewery and Vauxhall distillery, are still seen, benefiting from the improved transport system. Extracts from the map of the Metropolitan Borough of Lambeth showing the wards, parliamentary divisions and subdivisions into poling districts, 1918.Ref: 2/1918/MF