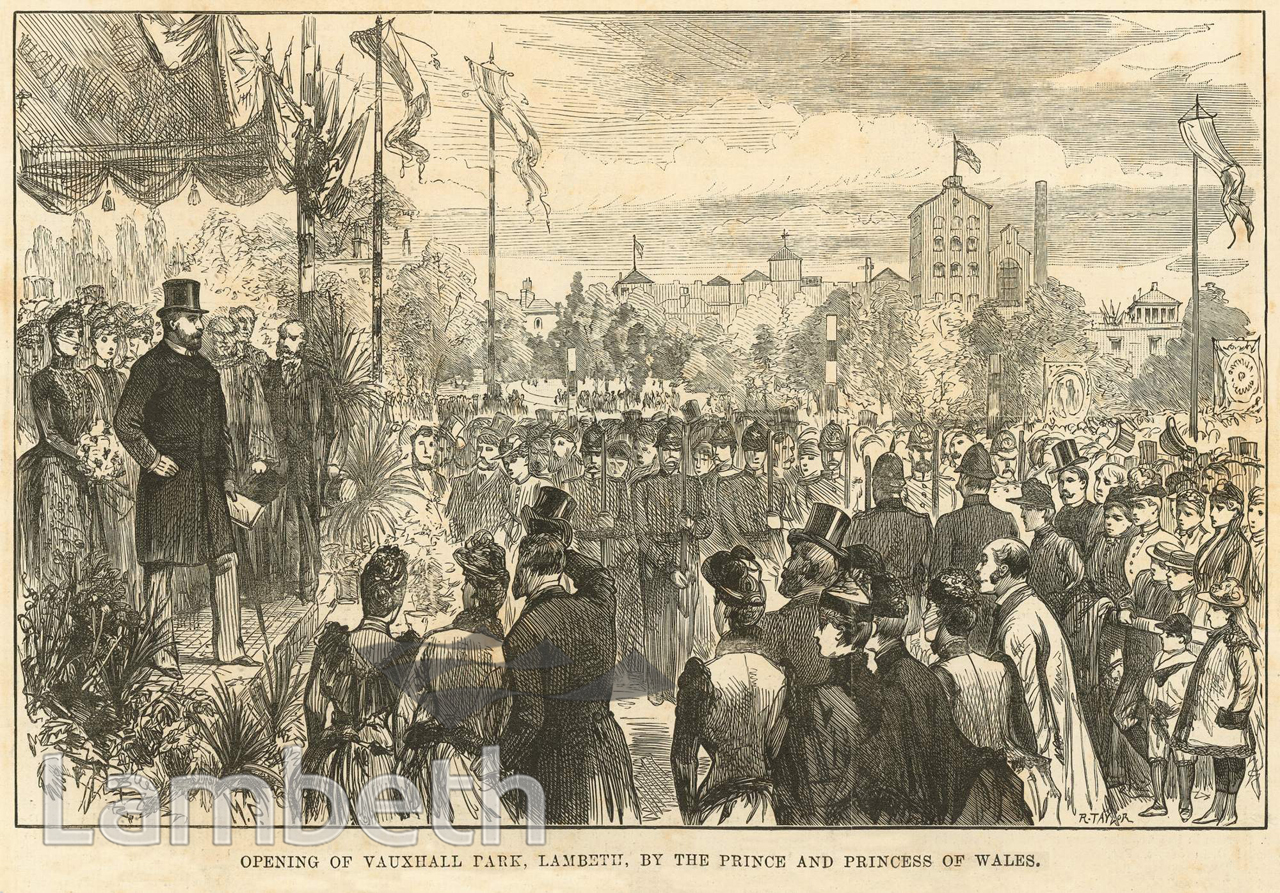 The Prince and Princess of Wales at the opening of Vauxhall Park in South Lambeth Road. This new public park of eight acres originally was the grounds of The Lawn, home to Henry Fawcett M.P and Carron House. The ILN noted, [the Duke of Edinburgh, and Princess Louise] being president and vice-president respectively of the Kyrle Society, to whose exertions in the main the neighbourhood owes the park....the proceedings commenced with the reading of an address of welcome to the Prince by Mr Lester, representing the Working Men's Committee. The Prince, in reply, expressed the pleasure he felt in the proceedings, and the fact that Mrs Fawcett and her daughter were present.'From the Illustrated London News, dated12th July 1890
#1876 - 1900  #OPEN SPACES  #People  #Print  #Surrey-ana  #VAUXHALL
⇐AMERICAN BASEBA...