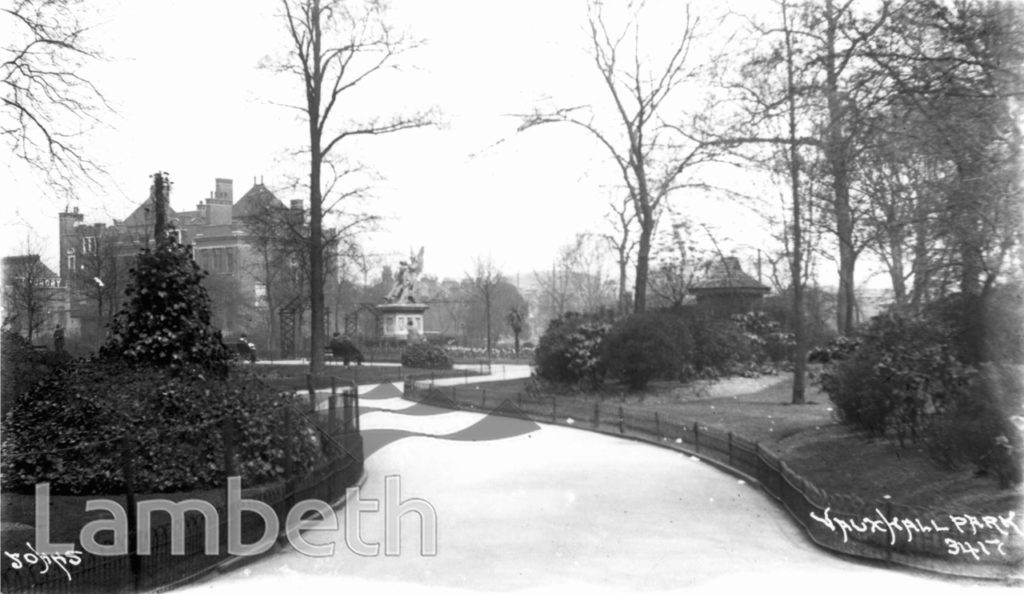 Looking north-east across Vauxhall Park towards the statue of Henry Fawcett. The memorial was presented by Sir Henry Doulton and made by George Tinworth. It was placed in the centre of the park, but demolished by the council in the early 1960's. His house The Lawns, stood on the site of the park, which was first proposed in 1887. In 1889 the Kyrle Society, with Octavia Hill as Treasurer, helped campaign for the purchase of the 8Â½ acres from John Cobeldick. The cost of Â£43,500. was contributed to by Mark Beaufoy MP and the L.C.C to help save the site from developers. The landscape gardener Fanny R Wilkinson designed the layout and Albert Edward, the Prince of Wales, opened the park on 7th July 1890. Copy print of a Johns postcard.Ref: SP1319