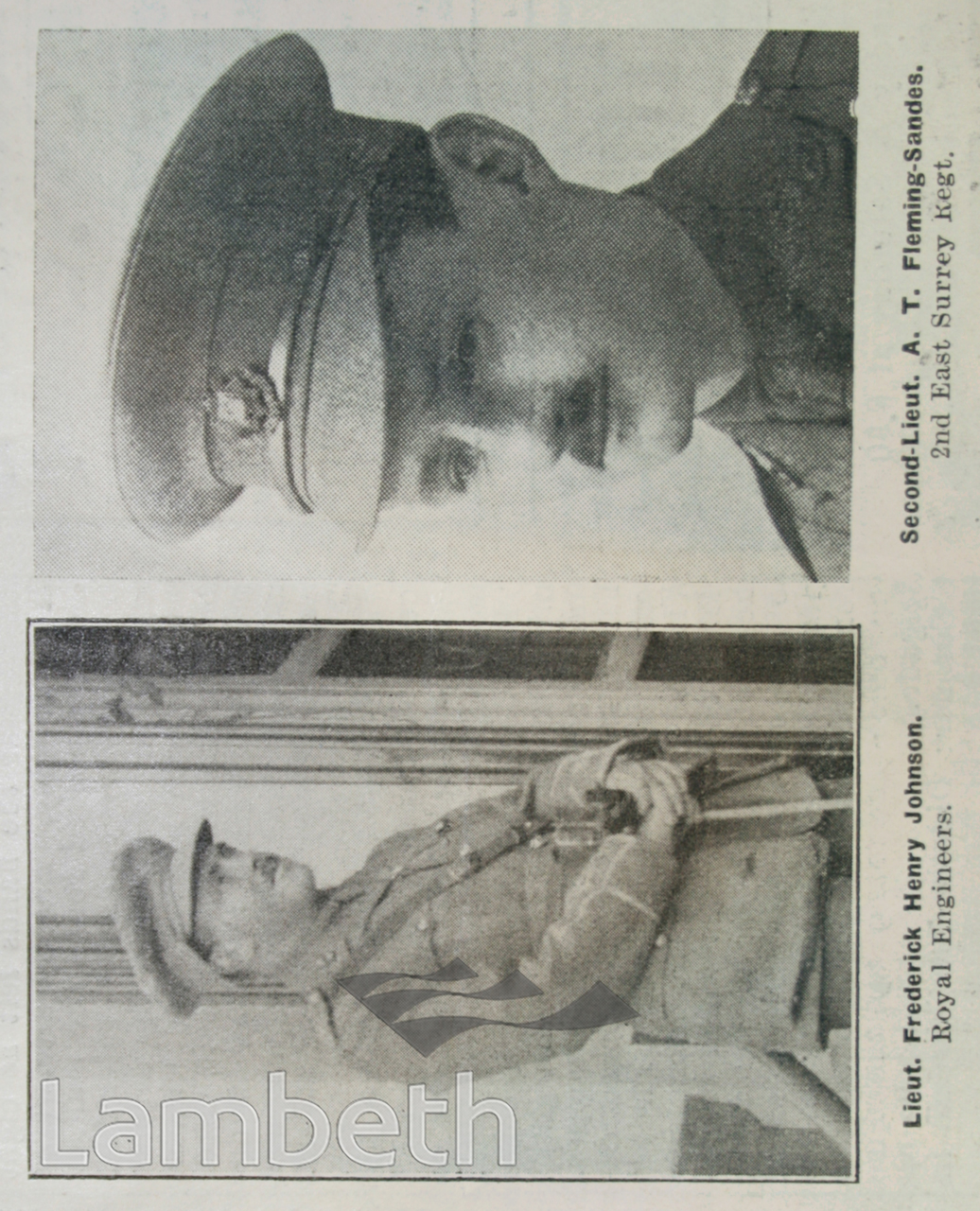 Two Lambeth World War I Victoria Cross winners; Lieut. Frederick Henry Johnson of the Royal Engineers and Second-Lieut. Arthur Fleming-Sandes. Johnson was born in Streatham and lived at No.24 Cranworth Gardens, Brixton North at the outbreak of war. At the age of 25 he won the V.C. during an attack on Hill 70, although wounded, he led several charges against the German positions which he captured and held. He was killed in France on 26th November 1917. Fleming-Sandes lived at 'Beverley' No.3 Northstead Road, Tulse Hill. He joined the Artist's Rifle O.T.C. and was attached to 2nd East Surrey Regiment and also awarded the V.C. for bravery when wounded. Another V.C. recipient was Benjamin Hadley Geary of 4th Battalion East Surrey's who lived at 131 Palace Road, Streatham Hill. During the Battle of Hill 70 near Ypres on 20th-21st April 1915 he was shot in the head, but continued to lead his men and hold a position. From Brixton Free Press, dated 26th November 1915.
#1901 - 1925  #BRIXTON NORTH  #Print  #WAR AND ARMED FORCES
⇐PALLADIUM PICTU...