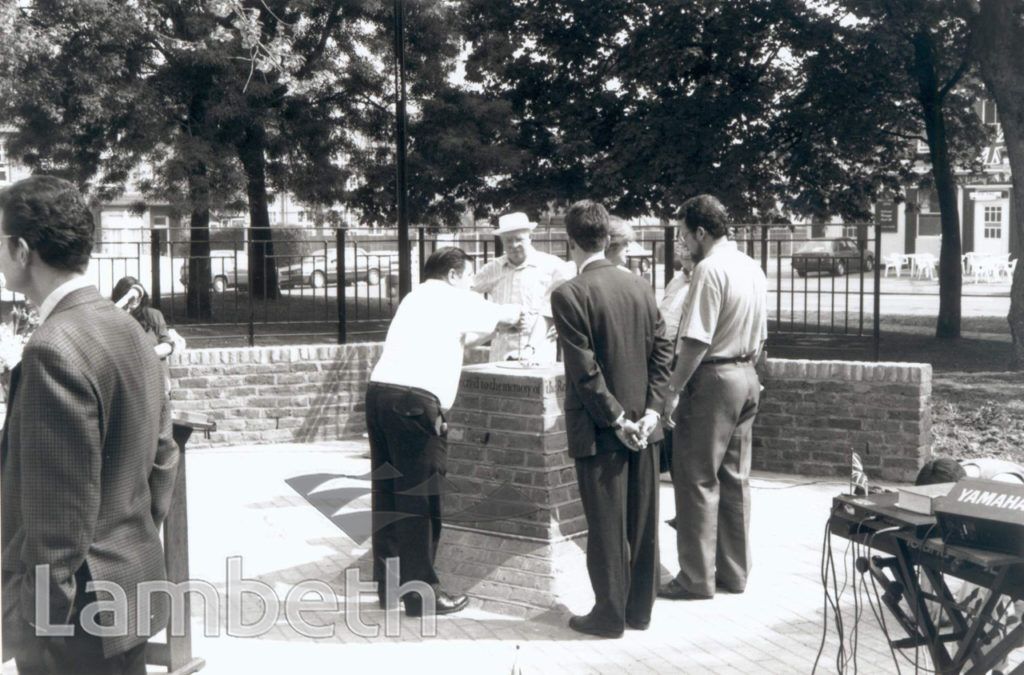 VE Day celebration at the Vincennes Estate, Carnac Street, West Norwood. The estate was named after the resistance heroes of Vincennes, France, including Violette Szabo, a Lambeth girl, and Lilian Rolfe, whose father lived in Knatchbull Road. Held in May 1995, it was attended by the Mayor of Vincennes, Mayor of Lambeth and local councillors. This view of a group around the newly restored memorial sundial.Ref: SP3237/22