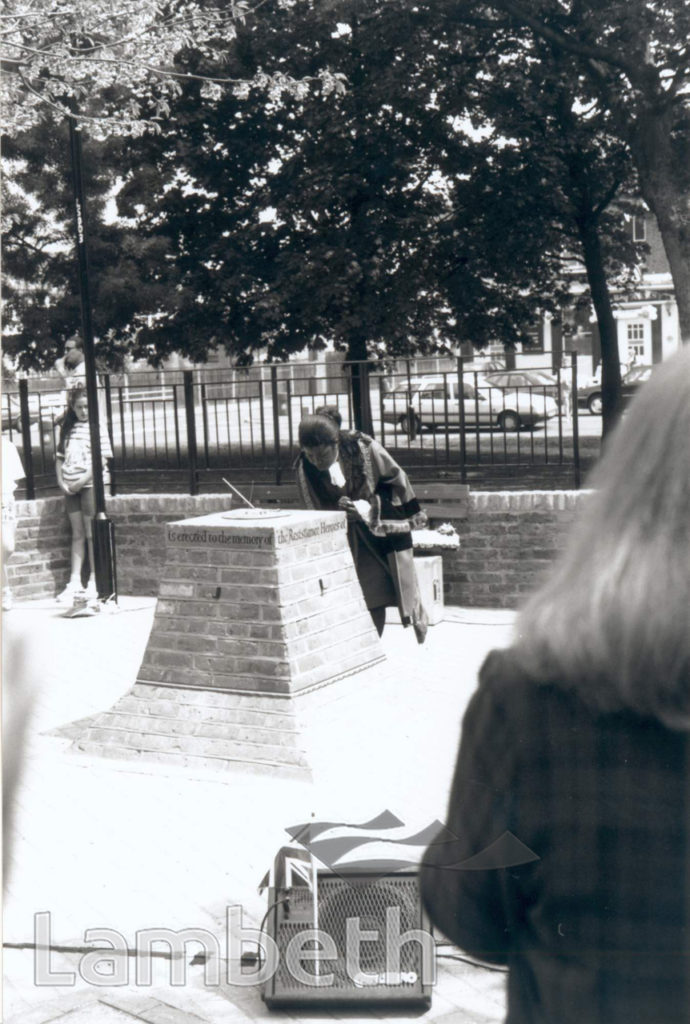 VE Day celebrations at the Vincennes Estate, Carnac Street, West Norwood. A sundial and plaque were erected in memory of the resistance heroes of Vincennes, France, including Violette Szabo, a Lambeth girl, and Lilian Rolfe, whose father lived in Knatchbull Road. Both were shot at Ravensbruck concentration camp shortly before the war ended. After being vandalised the sundial and plaque were restored and re-dedicated during the VE Day celebration in May 1995, attended by local councillors, the Mayor of Vincennes and the Mayor of Lambeth, Councillor Pauline Watson, seen here studying the sundial.Ref: SP3237/27