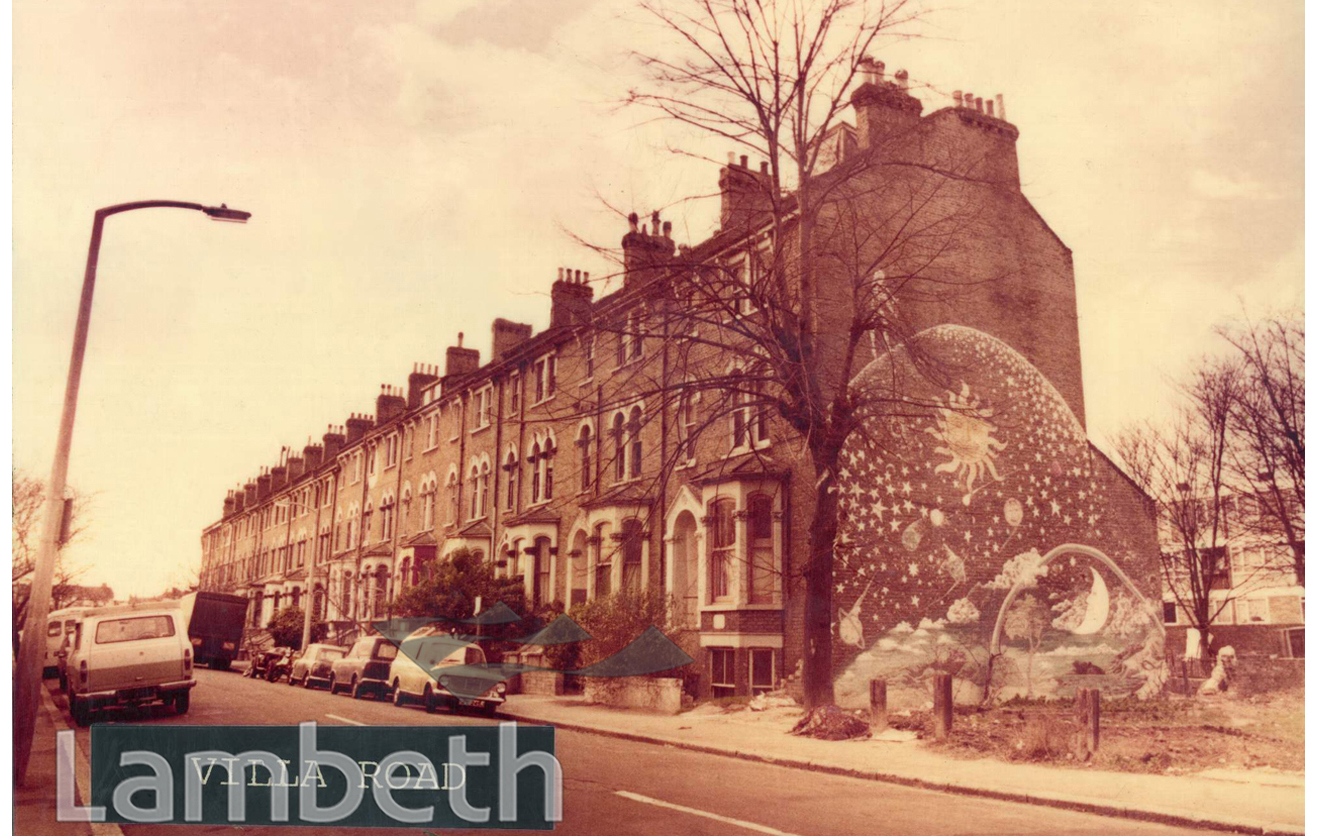 North side of Villa Road, Brixton. In the late 1970s, although Lambeth began to tolerate squatting, the council remained extremely reluctant to legitimise it in any way by granting squatters the status of tenants or rights to some security and maintenance of decent standards. Villa Road was first occupied in 1974 by squatters to resist the 'infamous' Brixton Development Plan. By mid-1977 Lambeth Council obtained possession orders for some of the houses, however the squatters erected barricades. Eventually a Department of the Environment ruling squashed the demolition plan and Villa Road 'Street Group' lived behind the barricades for over a year. In 1978, the council agreed to rehouse those living on the south side and demolition went ahead. The site was initially called Angell Park, but in 1986 renamed Max Roach Park. The mural here was painted on the end wall by the squatters.From 'As Safe...As Houses', an exhibition on short-life housing in Lambeth put together in 1981 by Julian Quan with photographs by Peter Murphy. Digital image by kind permission of Faith Moore.
#1976 to date  #ARTS/ CRAFTS  #BRIXTON CENTRAL  #BUILDINGS / ARCHITECTURE  #Carlton Mansions Archive  #Digital  #HOUSING
⇐GARDEN OF SQUAT...