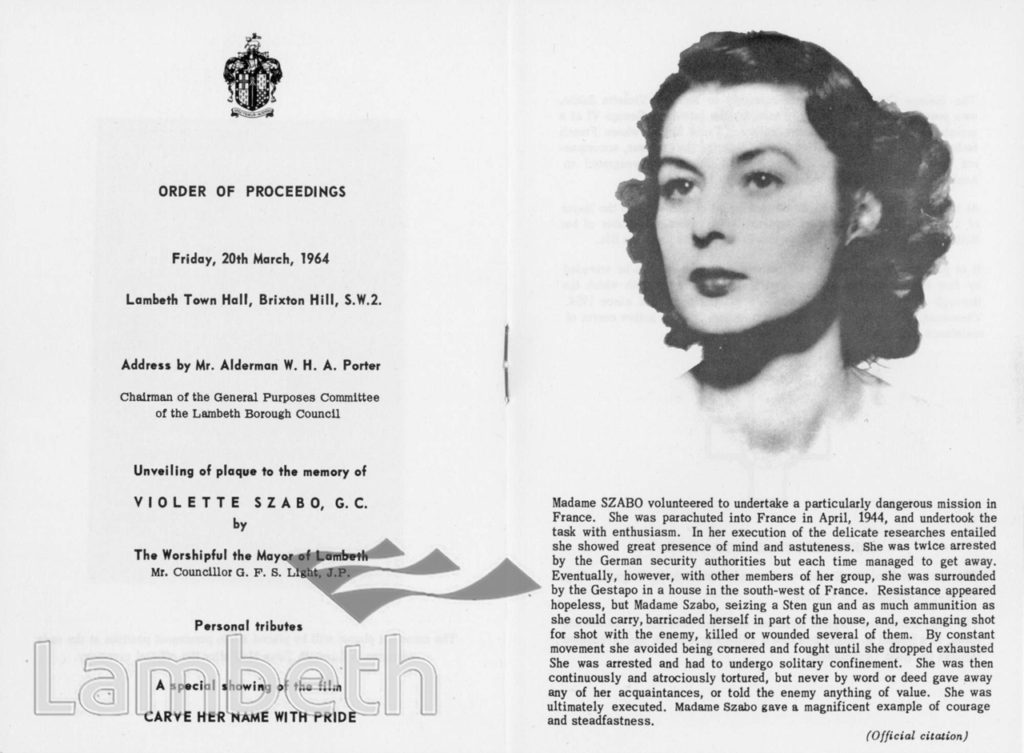 Violet Gzabo, 1921-1945, member of the Special Operations Executive F Section, put to death in 1945 at Ravensbruck Concentration Camp. Posthumously awarded the George Cross, she spent much of her childhood in Brixton. Programme produced on the occasion of the unveiling of a memorial plaque at the entrance to Lambeth Town Hall, 20th March 1964.