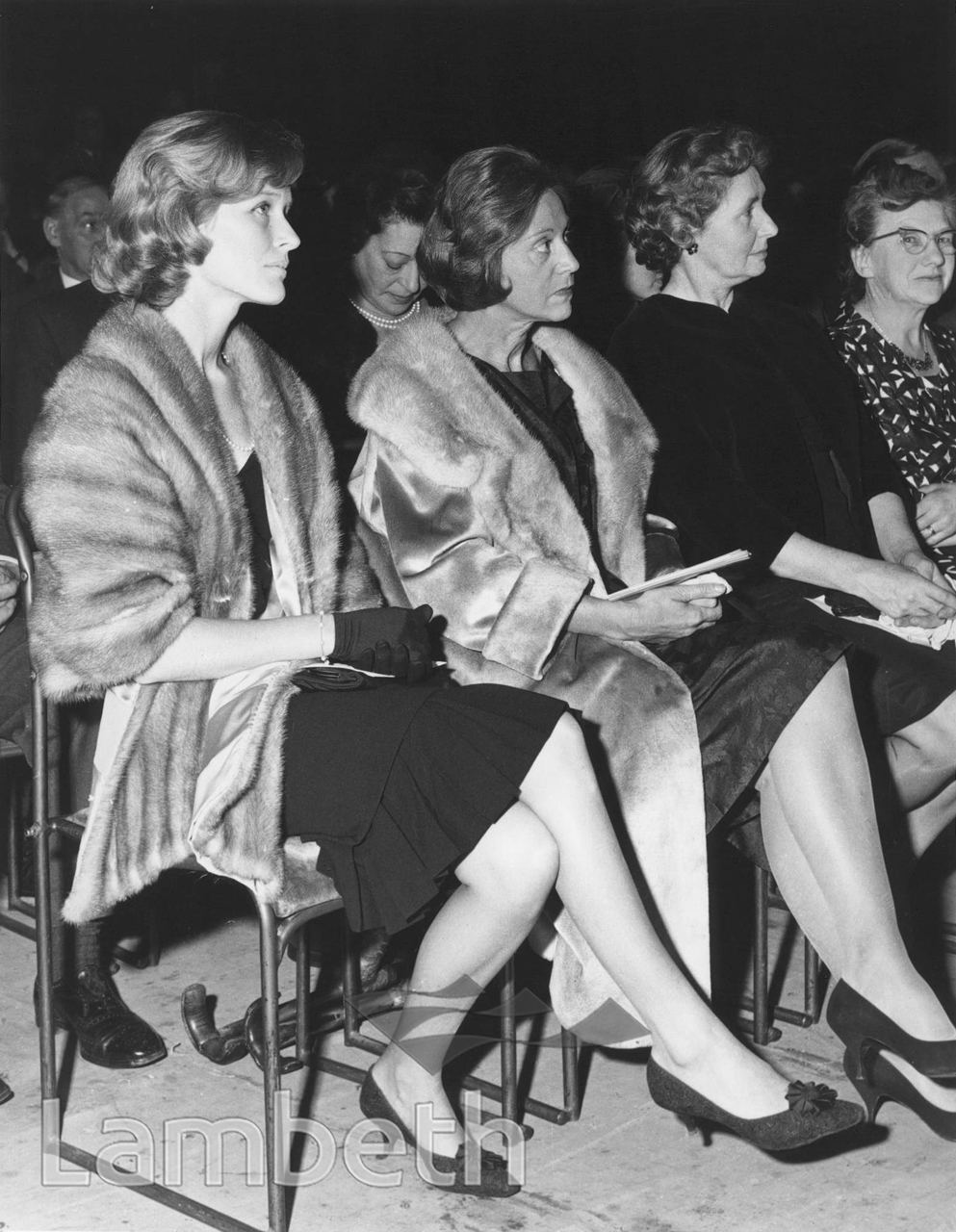 The actress Virginia McKenna (left) and World War II heroine Odette Churchill at the unveiling of a plaque in the Town Hall to the memory of Violette Szabo, the French-British SOE secret agent. Szabo was born in Paris and moved as a child to Burnley Road, Stockwell, working at the outbreak of the war at Bon Marche department store. She was recruited by SOE and parachuted into German-occupied France to assist with reorganising the French Resistance. Szabo was captured and moved to Ravensbruck concentration camp, where she was executed in February 1945. She became only the second woman to be awarded the George Cross, and her exploits were dramatised in the 1958 movie 'Carve Her Name With Pride', starring Virginia McKenna.
#1951 - 1975  #BRIXTON CENTRAL  #BURIAL GROUNDS AND CEMETERIES  #LOCAL GOVERNMENT  #People  #Photograph  #Public Relations Photographs  #WAR AND ARMED FORCES
⇐LAMBETH COUNCIL... 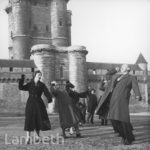