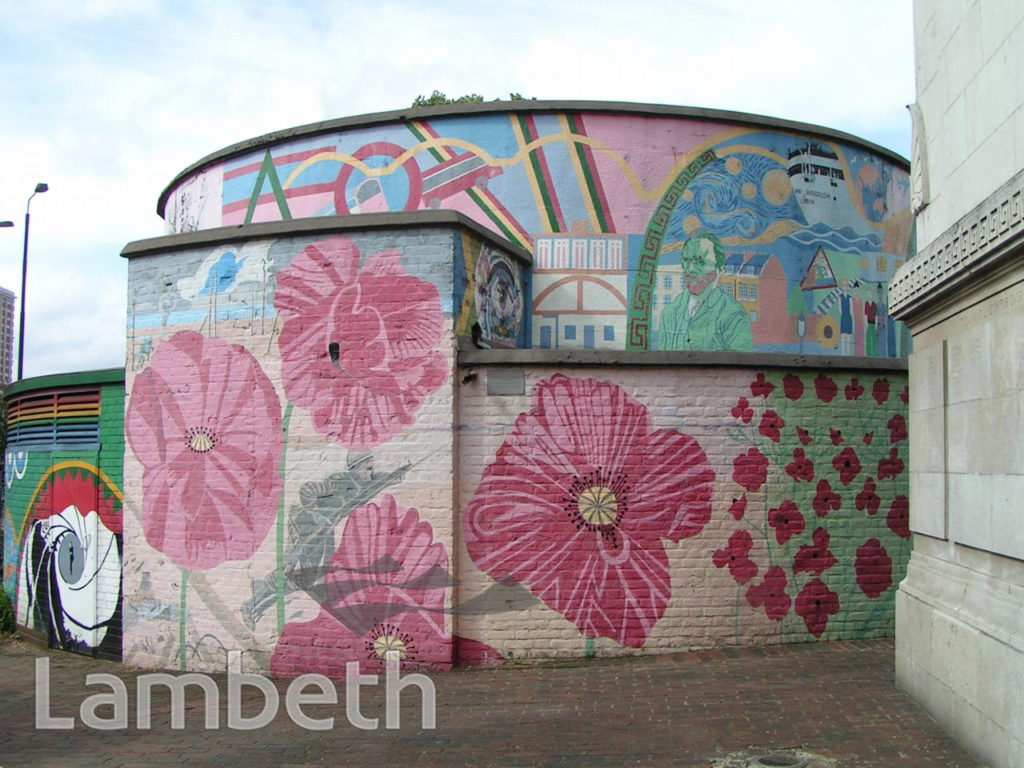 This mural was painted as a memorial to Violette Szabo, the British Agent, and Stockwell residents who gave their lives during World War II. It was unveiled by Virginia McKenna on 26th June 2001 and painted by Brian Barnes and Marya Harris, based on designs by pupils from Stockwell Park School. In 2005 the artist added the face of Jean Charles de Menezes, the Brazilian mistakenly shot by anti-terrorist police in the adjacent underground station, but the image was later removed. Photographed on 24th May 2005.Digital image courtesy of Penelope Gretton.Ref: SPd 4035/37/124