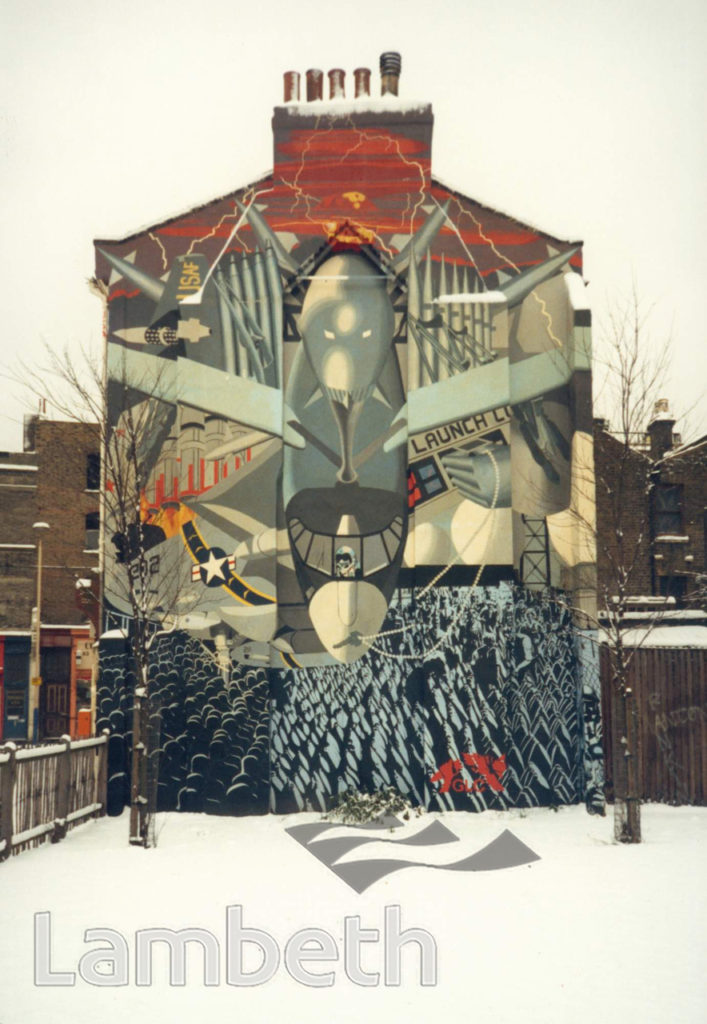 A mural in Vining Street, Brixton, titled 'War' and painted by Pauline Harding in 1983. One of a series of Brixton murals created as a response to public concerns over the proliferation of nuclear weapons before the end of the Cold War.Ref: LBL/DEHCS/PN/1