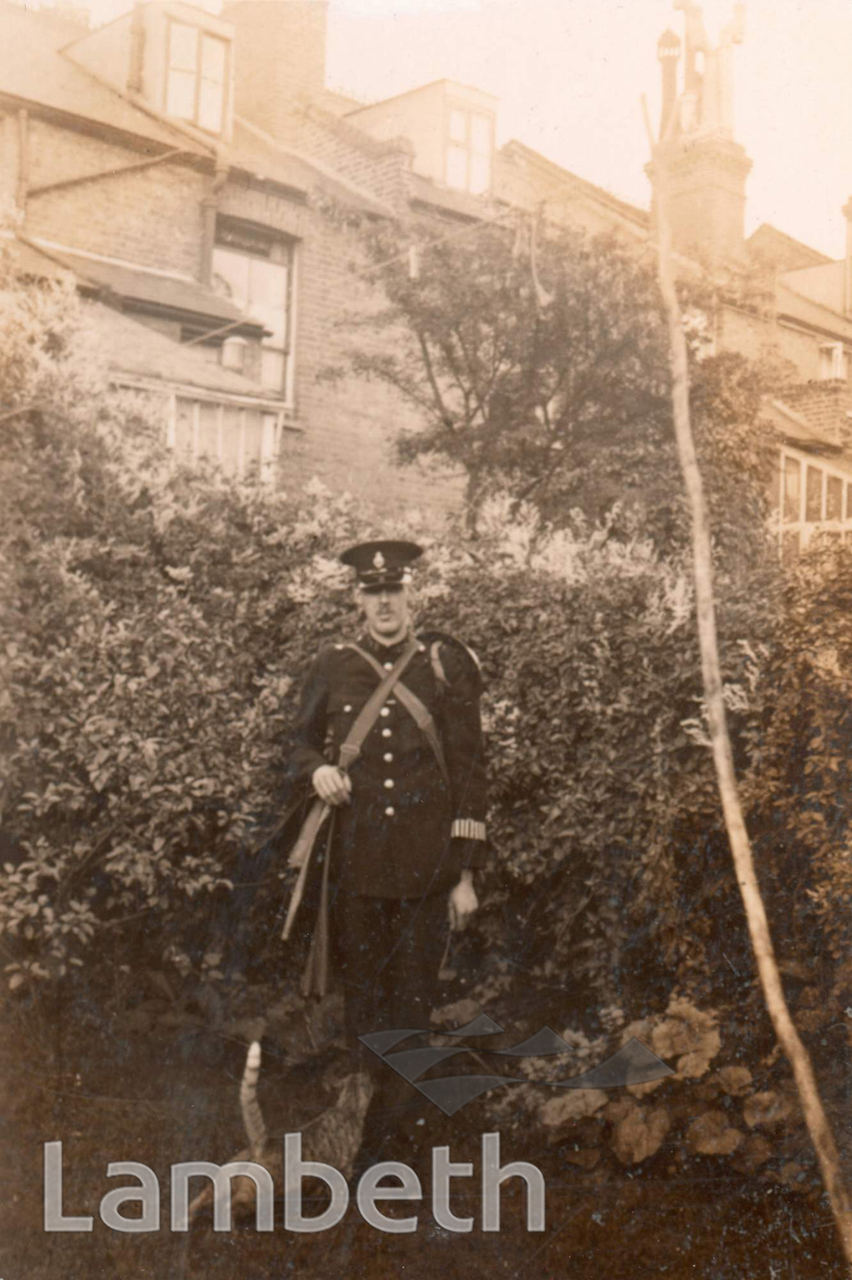 George Edward Vere Awdry with cat in the garden of 14 Franconia Road, Clapham. He was sworn in as a constable for the Metropolitan Police War Reserve on 30th August 1939. The equipment he was provided with was listed as: a tin hat, armlet, whistle, truncheon, 2 haversacks, a gas mask and a waterproof cape. George worked for the first part of the war in the Aliens' Office and was later enlisted in the Intelligence Corps because of his language skills.From a series of albums containing newspaper and magazine clippings, assorted ephemera and a diary, kept by Mrs Lucy Awdry of 14 Franconia Road, Clapham, for the duration of World War II and recording wartime life in London. During the war Mrs Awdry volunteered with the Women's Voluntary Service (WVS) assisting with fire watch duties, and also at the Clapham War Savings Centre. Included in the Lambeth Archives Home Front project 2005.
#1926 - 1950  #ANIMALS  #Awdry Collection  #CLAPHAM PARK  #LAW AND ORDER  #People  #Photograph  #WAR AND ARMED FORCES
⇐BRUNSWICK HOUSE...