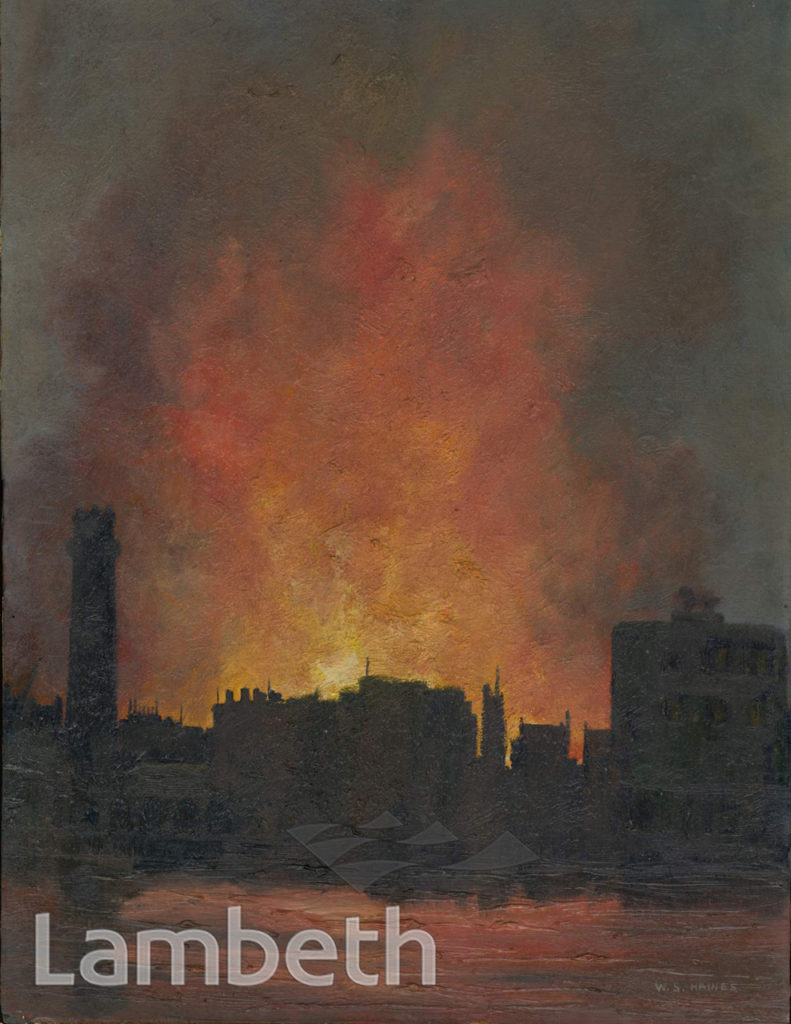 An oil painting by W.S.Haines, annotated on the reverse: 'A Lambeth bomb incident in May 1941. Although the artist serving in the National Fire Service was killed by a flying bomb'. The Red Lion Brewery is on the right with the Shot Tower opposite.Ref: LF3