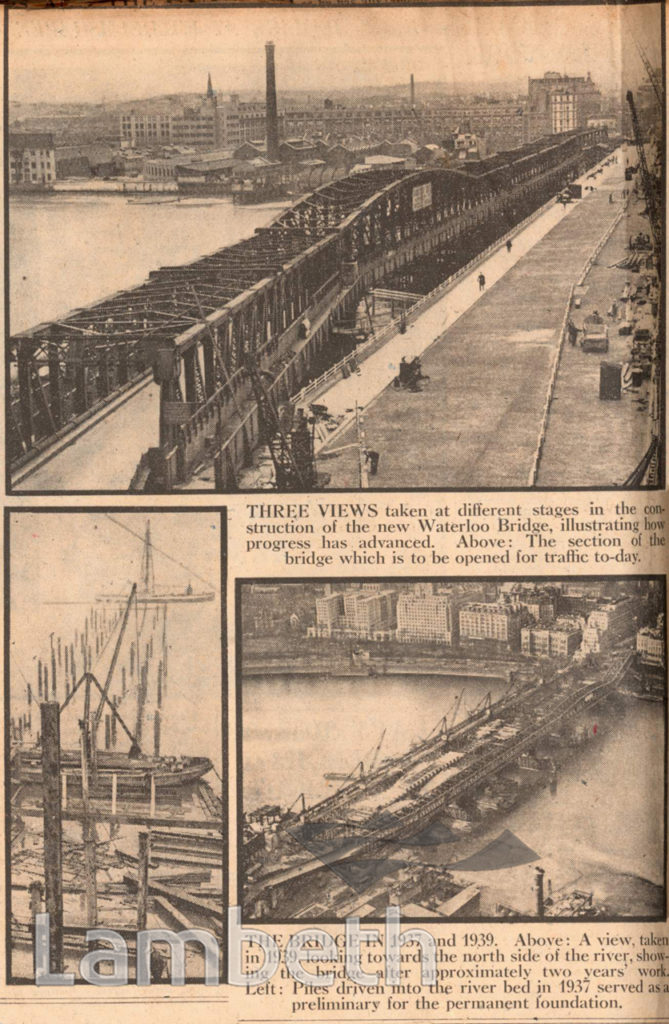 A newspaper article from 1942 showing the new Waterloo Bridge under construction with a temporary bridge alongside. World War II disrupted the construction and the resulting labour shortage meant that women were also employed to build it. The bridge was designed by Giles Gilbert Scott and was not fully opened until November 1944.From a series of albums containing newspaper and magazine clippings, assorted ephemera and a diary, kept by Mrs Lucy Awdry of 14 Franconia Road, Clapham, for the duration of World War II and recording wartime life in London. During the war Mrs Awdry volunteered with the Women's Voluntary Service (WVS). Included in the Lambeth Archives Home Front project 2005.Ref: IV/169/Vol.11