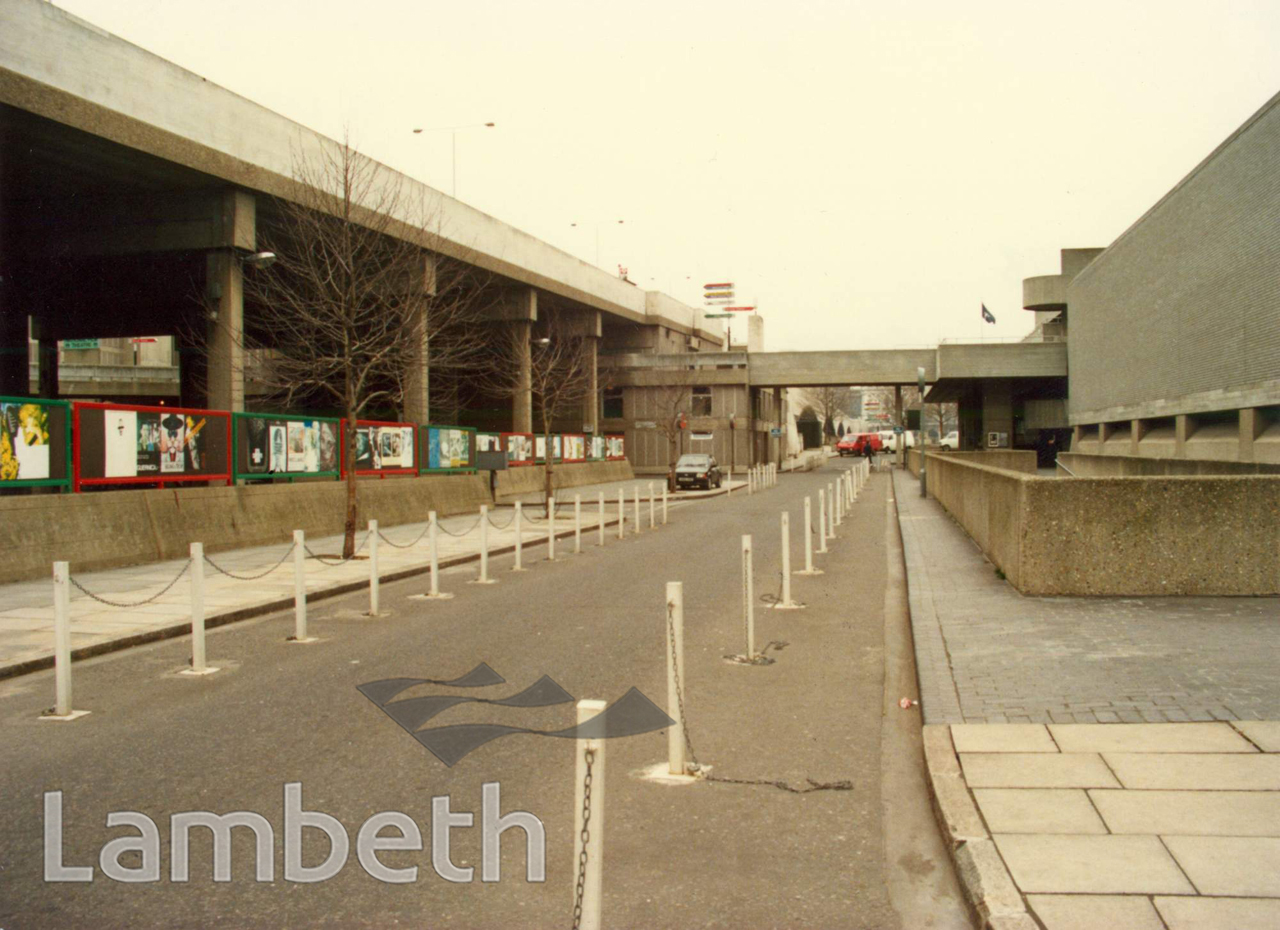 Service road alongside Waterloo Bridge and the National Theatre. The void on the left was developed as the Museum of the Moving Image (MOMI) and opened in 1988 showing the history of film making. It closed in August 1999 and is currently an additional theatre to the adjacent National Film Theatre. Dated March 1984.
#1976 to date  #BUILDINGS / ARCHITECTURE  #Department of Town Planning  #ENTERTAINMENT  #Photograph  #WATERLOO
⇐ROYAL FESTIVAL ...