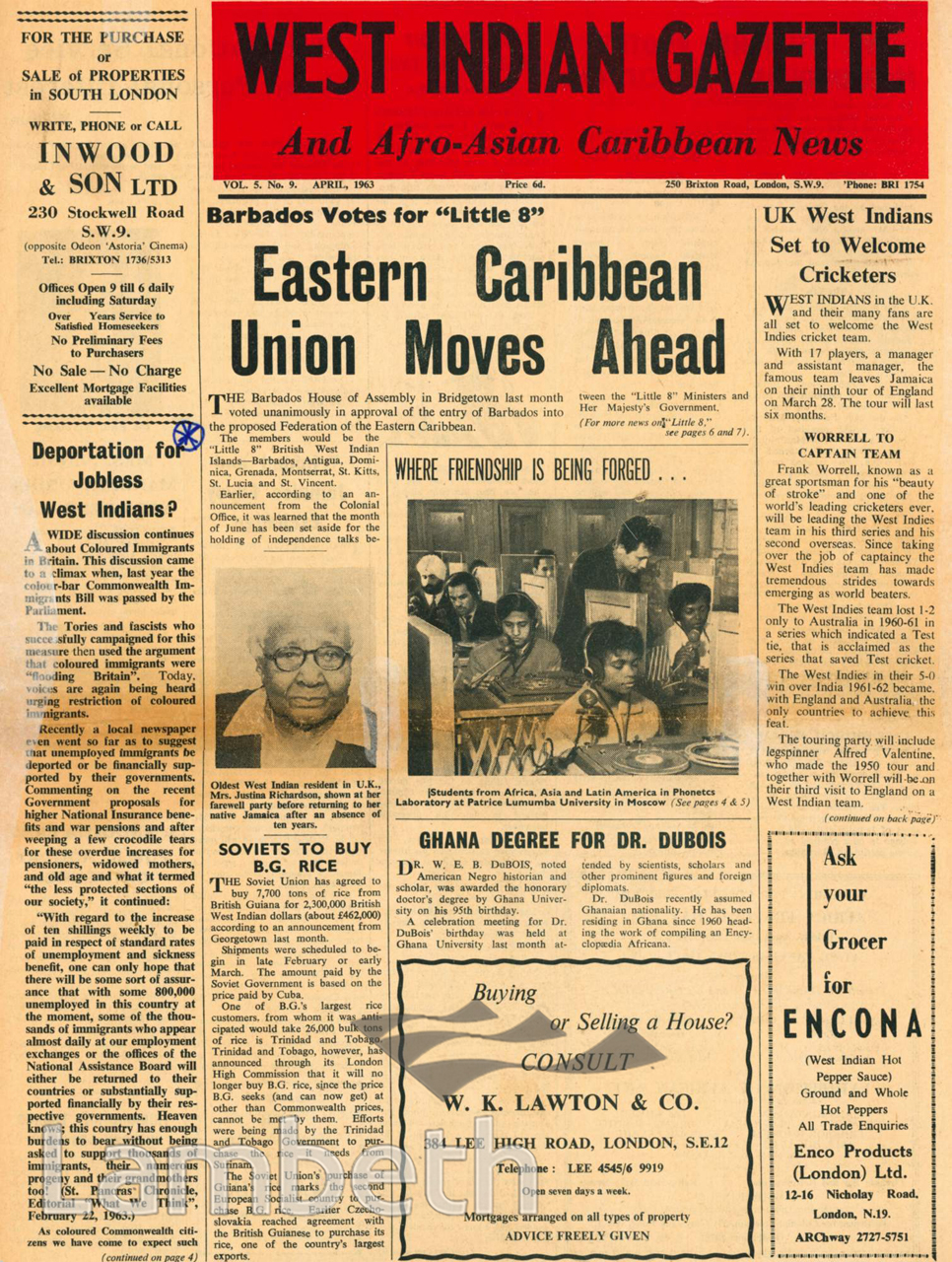 The West Indian Gazette was founded by the black leader and freedom fighter, Claudia Jones, in 1958. Her broad-based interest in world politics and charismatic personality raised the tone of the subjects covered and the calibre of both the contributing journalists and the people they interviewed. Claudia's style of reportage increased the social and political awareness of the growing number of Black and Asian peoples in Britain, with in-depth articles on issues such as the MP Fenner Brockway's stand on the Bill dealing with racial discrimination. The gazette was to close down six months after her death on December 25th, 1964. Front page of West Indian Gazette, Vol.5, No9, April1963.
#1951 - 1975  #JONES- Claudia  #People  #Print  #RECREATION AND LEISURE  #SPORT
⇐STOCKWELL GREEN...