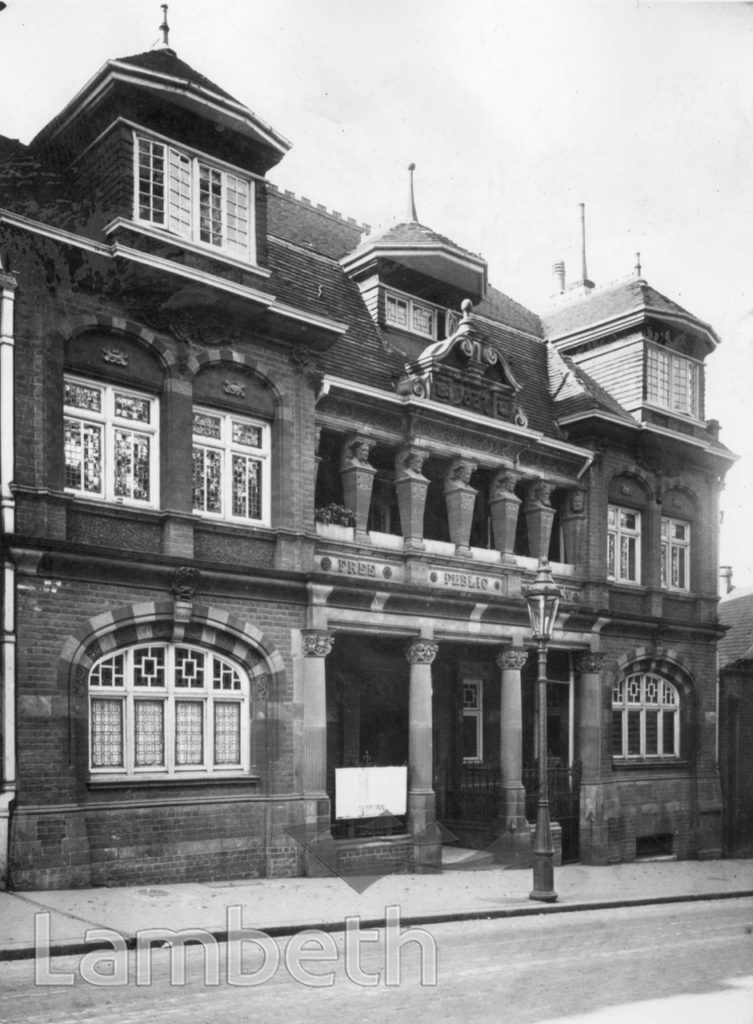 This original Norwood Library was given by Frederick Nettlefold, who laid the foundation stone on 26th November 1887. Designed by the architect Sidney Smith, on 21st July 1888 it became the first free library to open in Lambeth. The design on the first floor includes busts of Homer, Sir Walter Scott, Chaucer, Shakespeare, Milton, Dickens and Socrates. In 1969 it was replaced by a new library in Norwood High Street, next to the cemetery.Ref: SP19/755/WES.K.1