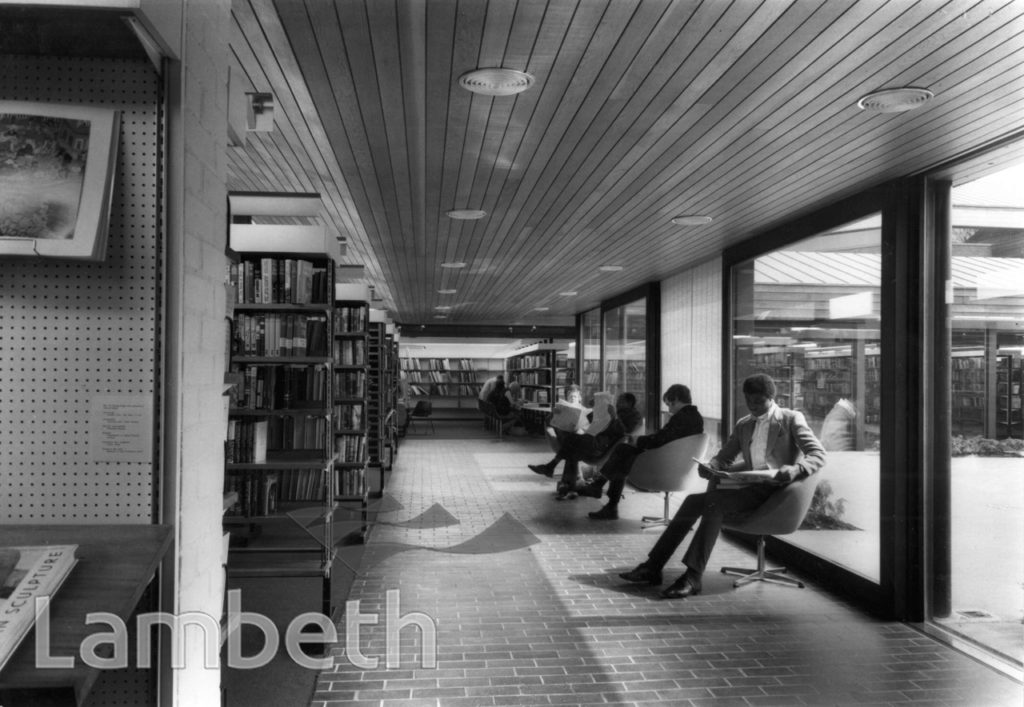 Interior view of the new West Norwood Library, designed in 1964 by Ted Hollamby, Lambeth's first Borough Architect and his team. The Library, with the adjacent Nettlefold Hall, was officially opened by HRH The Princess Margaret on 12th April 1969. In 1971 the library was used to shoot some of the scenes for Stanley Kubrick's film 'The Clockwork Orange'. Photograph by Eric de MareRef: LBL/DTP/UD/7/887