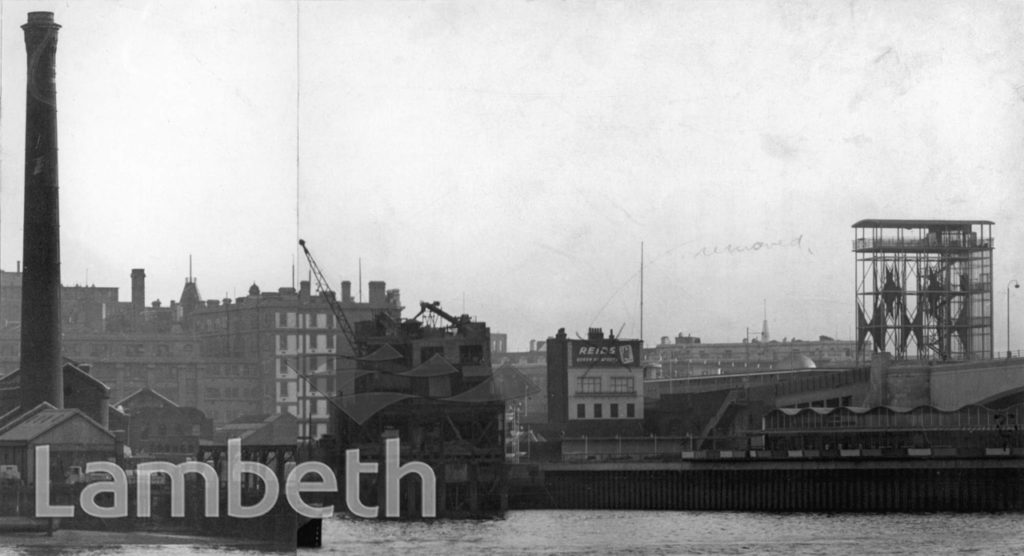 Composite photograph of the Thames waterfront east of Waterloo Bridge. The view includes warehouses, Pitfield Wharf and the Thames Side Cafeteria beneath Waterloo Bridge for the Festival of Britain. Previously it was the site of the Feathers Inn and Princes Meadow, later the National Theatre was constructed here. From a panoramic series recording signage for the Council's Planning DepartmentRef: 2005/25 (part)