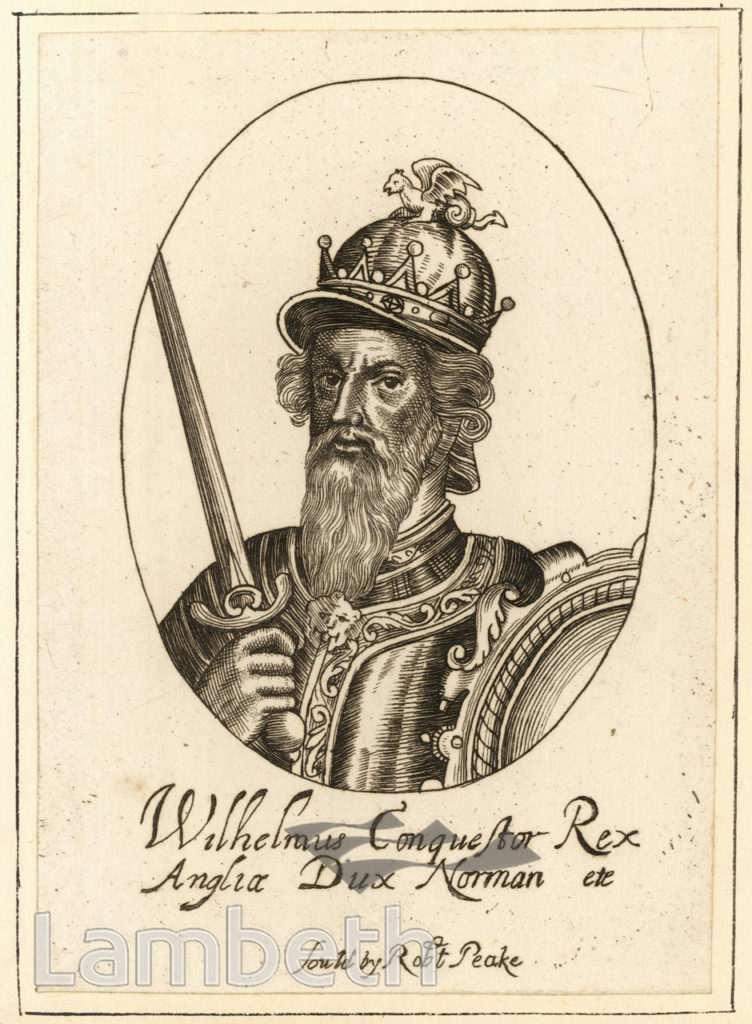 William the Conqueror seized the manor of Lambeth and gave part of the lands to his brother Odo, Bishop of Bayeau. Later, however, the land was restored to its former owner, Countess Goda (or Godgifu), the sister of Edward the Confessor.Etching by Sir Robert Peake, probably after William Faithorne, from 'History & Antiquities of Lambeth Palace'.Ref: 12/187