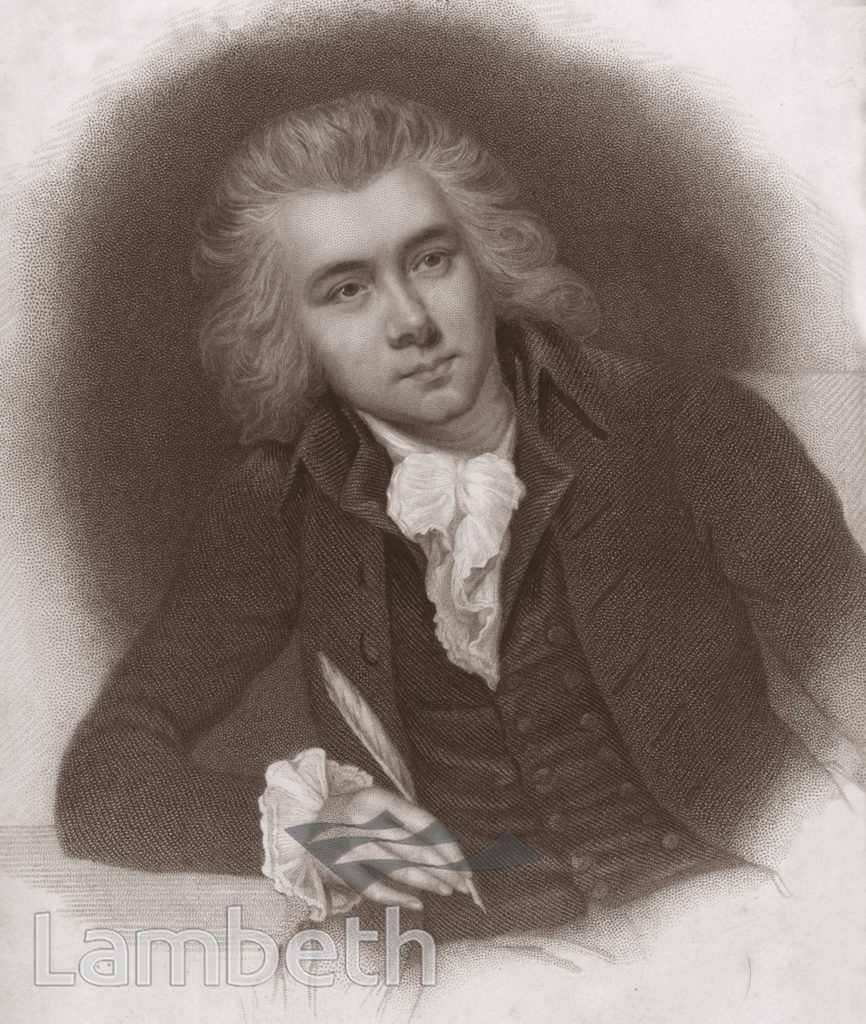 William Wilberforce (1759-1833), shown here aged 29 years, lived in Broomfield Lodge on Clapham West Side from 1797-1808. He successfully campaigned against the slave trade as an MP in the late eighteenth century, together with his friend and fellow MP, Henry Thornton, who lived nearby at Battersea Rise. They were both prominent members of the Clapham Sect, and a plaque commemorating Wilberforce still exists on 111 Broomwood Road. Engraving after the original by Rising, from 'Life of William Wilberforce' by Robert & Samuel Wilberforce, published 1838.Featured in 2007 commemoration: 'Lambeth and the Abolition: Bicentenary of the Abolition of the Slave Trade 1807-2007'.Ref: 22/41 RS