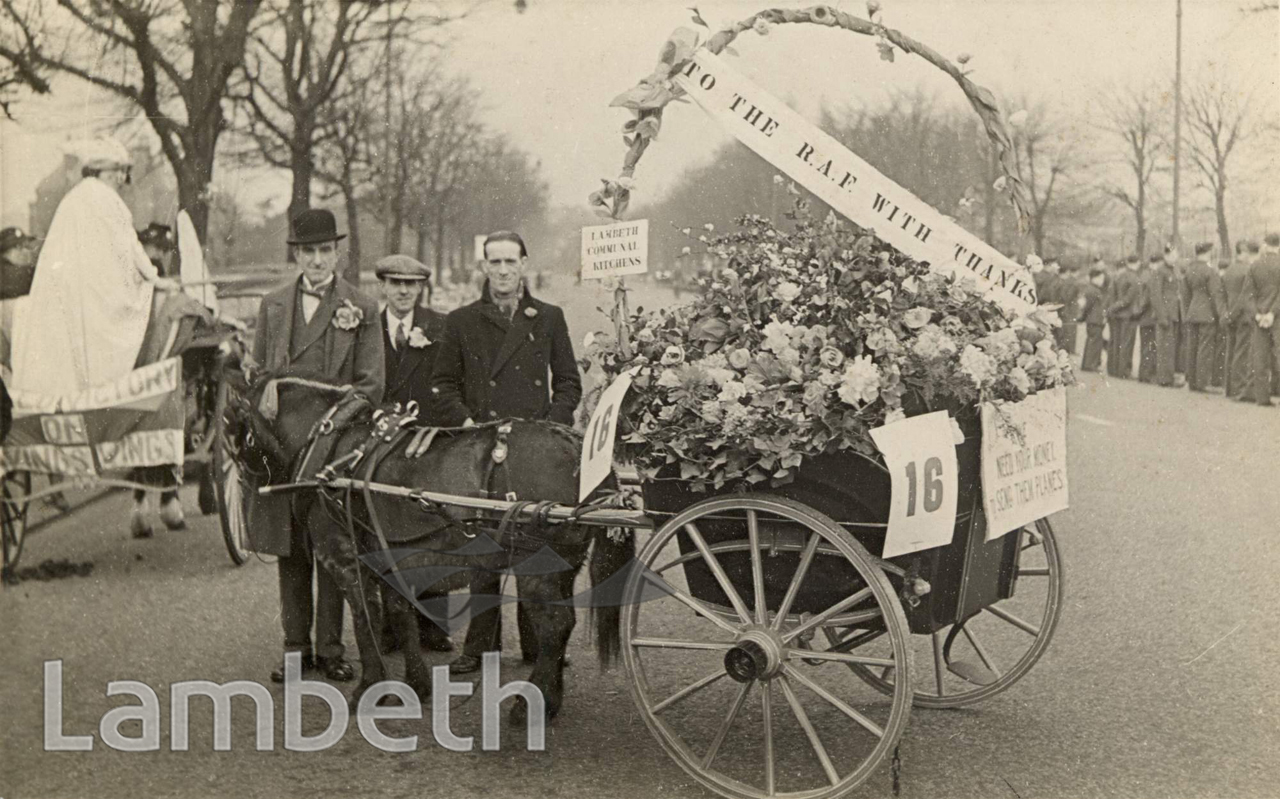 Horse-drawn float at the Wings for Victory parade in The Mall with bouquet; 'To the RAF with thanks' and 'We need your money to send them planes.' Another float behind with a figure of Victory has the slogan; 'Speed Victory on Savings Wings'. The decorating was organised by Norwood WVS member Vera Calvin of the Lambeth Communal Kitchens. It featured a large bouquet of paper flowers, hand-made by Norwood WVS members as a tribute to the RAF.Digital image by kind permission of Vera Calvin. From the Lambeth Archives Home Front project 2005.
#1926 - 1950  #ANIMALS  #CELEBRATIONS AND EVENTS  #ENTERTAINMENT  #FESTIVALS  #Home Front Project 2005  #Photograph  #WAR AND ARMED FORCES
⇐WOMEN’S L...