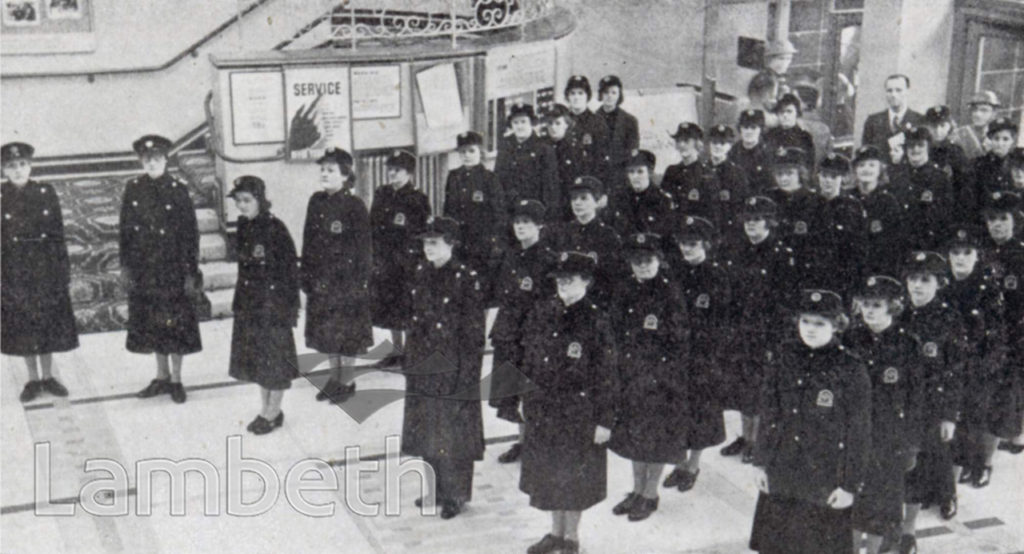 The women of the N.F.S. seen here as part of a Recruitment Campaign at the Regal Cinema on Streatham High Road. The National Fire Service was formed in August 1942 when the regular Fire Service and the Auxilary Fire Service combined. In all the N.F.S. attended 356 incidents in Streatham during World War II. The Regal Cinema, later the ABC Cinema is now awaiting redevelopment. Photograph from 'To, For, and About Streatham', published by St.Leonard's Parish Church, Streatham, May 1945.Ref: 24/222 p.25