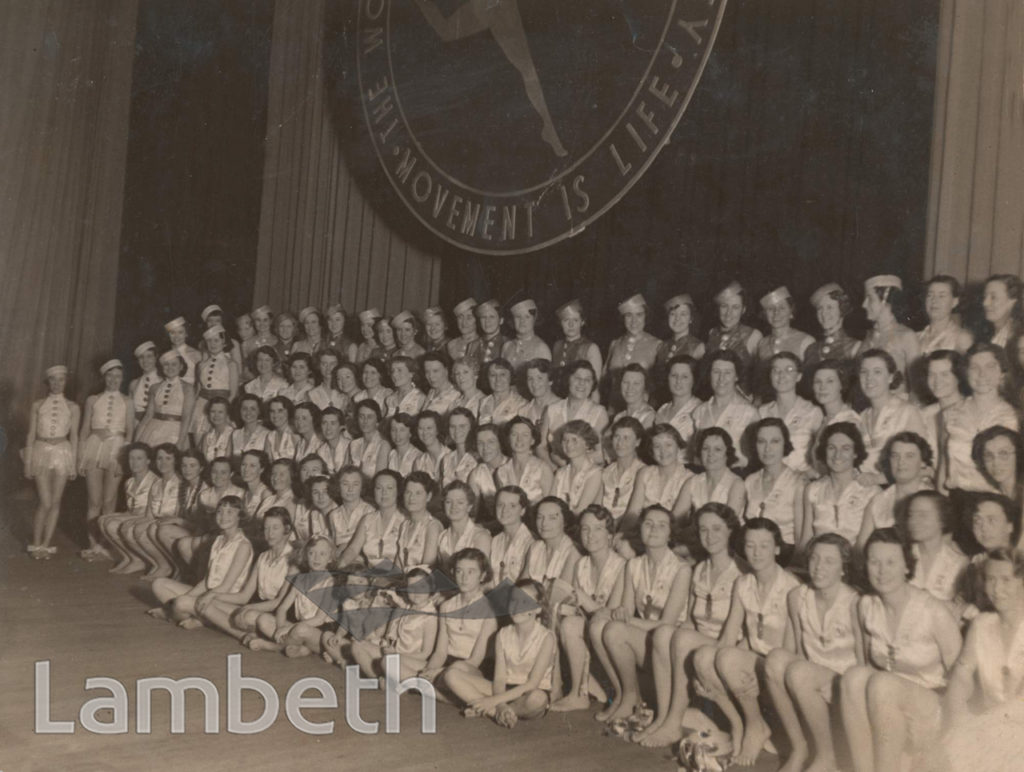 Members of the Women's League of Health and Beauty at a demonstration held at the Astoria in Streatham during World War II. The League, a fore-runner of the modern day fitness clubs, was founded in 1930 by Mary Baggott Stack and by 1939 had 150,000 members. There were 60 league centres holding weekly classes in London and the provinces throughout the war. Vera Calvin, a member since 1933, recalls: 'During the war years new centres were opened for factory and office workers, Civil Defence staff, nurses and service personnel all over the country. In the early years of the war members continued to give displays in aid of charities, or to entertain the wounded in hospital.' Digital image by kind permission of Vera Calvin. From the Lambeth Archives Home Front project 2005.Ref: SPd 4040/6