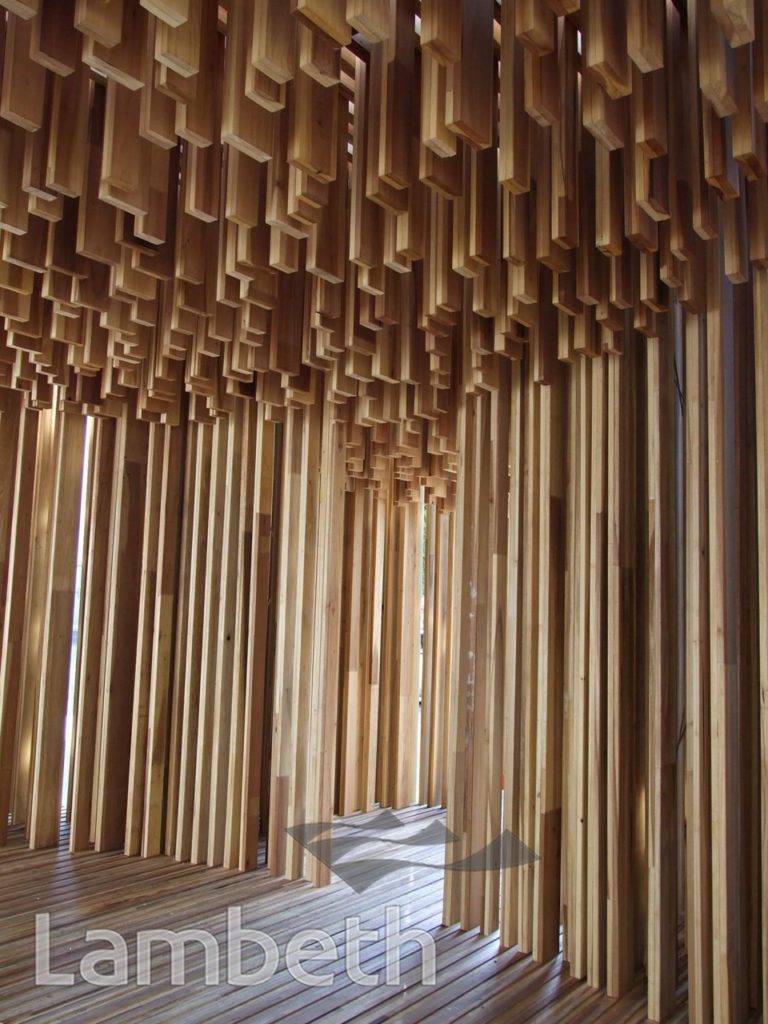 A pavilion erected in the South Bank Square, adjacent to the Festival Hall. The timber structure was sponsored by American hardwood producers and was made from the tulip poplar. This tree, better known here as the tulip tree, was first grown in Britain at the South Lambeth garden of John Tradescant the Younger, who had introduced it from America in the 17th century. Digital image dated 21st September 2008.Ref: D90/70