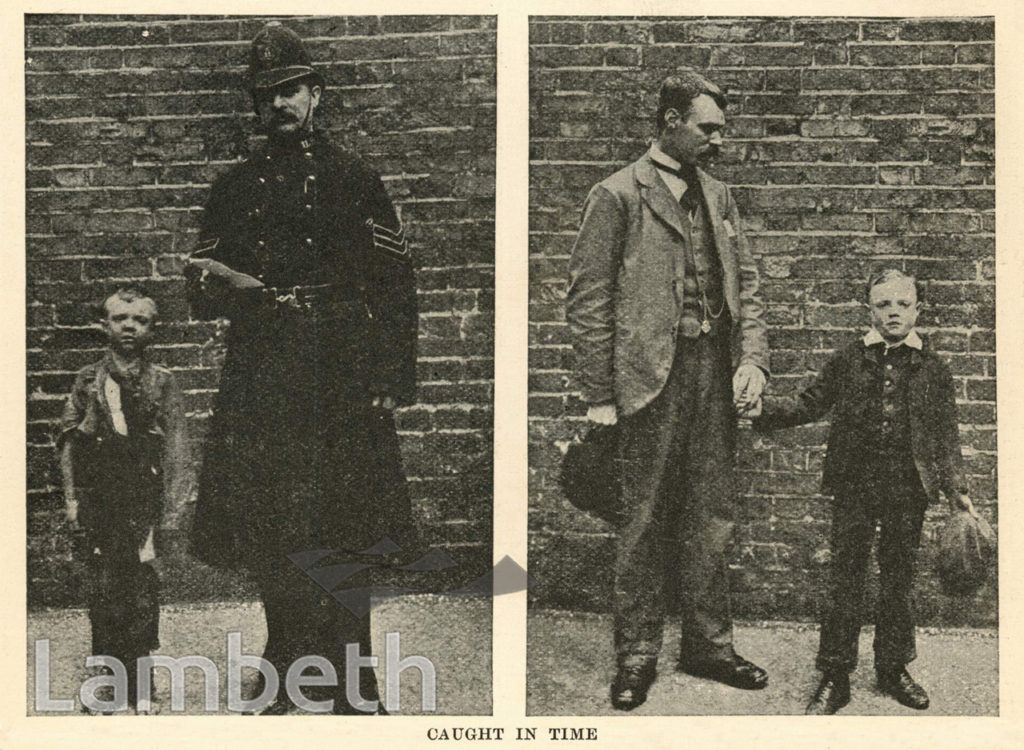 Photo of Tommy, before and after admission to Norwood Schools. He was photographed for 'A Day in the Life of a Workhouse Child' published in 1902. The school in West Norwood was supported from Poor Law Funds and had 19 acres of grounds. Built as an industrial school to accommodate seven hundred children, it included an Infirmary with beds for one hundred more. Girls were trained to become domestic servants and boys from the school band were sent into the army. Some boys were also sent to 'Exmouth' at Grays to be trained for the navy and others apprenticed to various trades.Ref: Cuttings 71