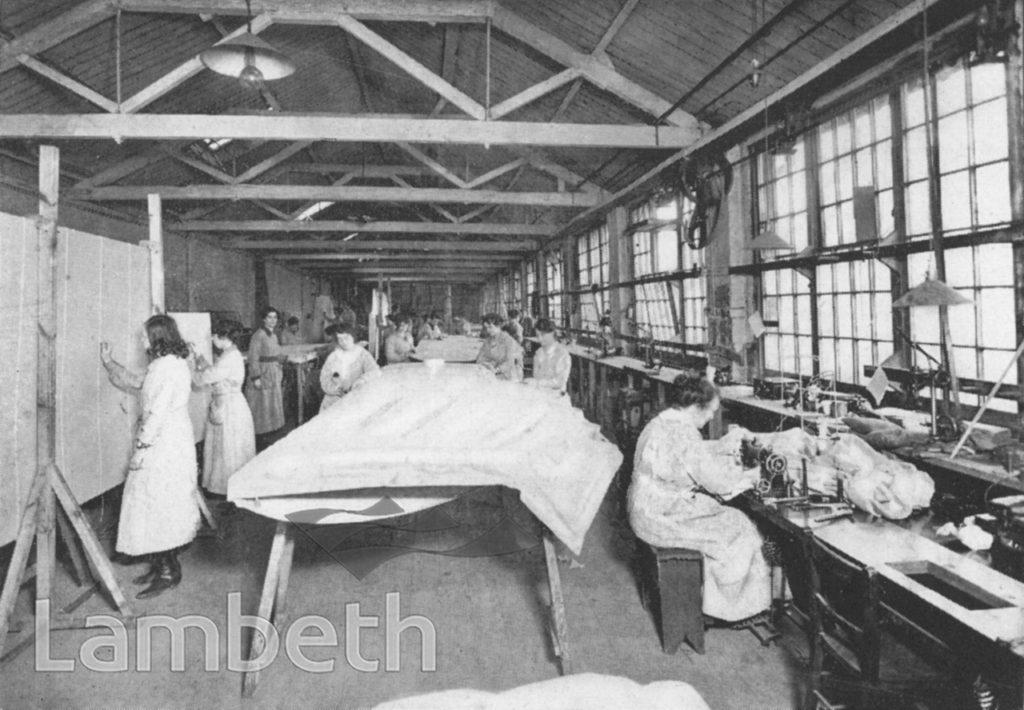 'Women working on aeroplane wings in the Joiners' Shop during the Great War' at Higgs & Hill's Crown Works in Vauxhall / Kennington - now the site of Ebbisham Drive. William Higgs moved the company from Westminster to Vauxhall in 1867. The firm were responsible for constructing numerous high profile buildings including, Tate Gallery, Brompton Hospital, London Fire Brigade Headquarters and the Hoover Factory. They also built the Crown Baths adjacent to the site on Harleyford Road. From Higgs & Hill Ltd - Souvenir booklet 1898-48Ref: 12/64 Pamphlets