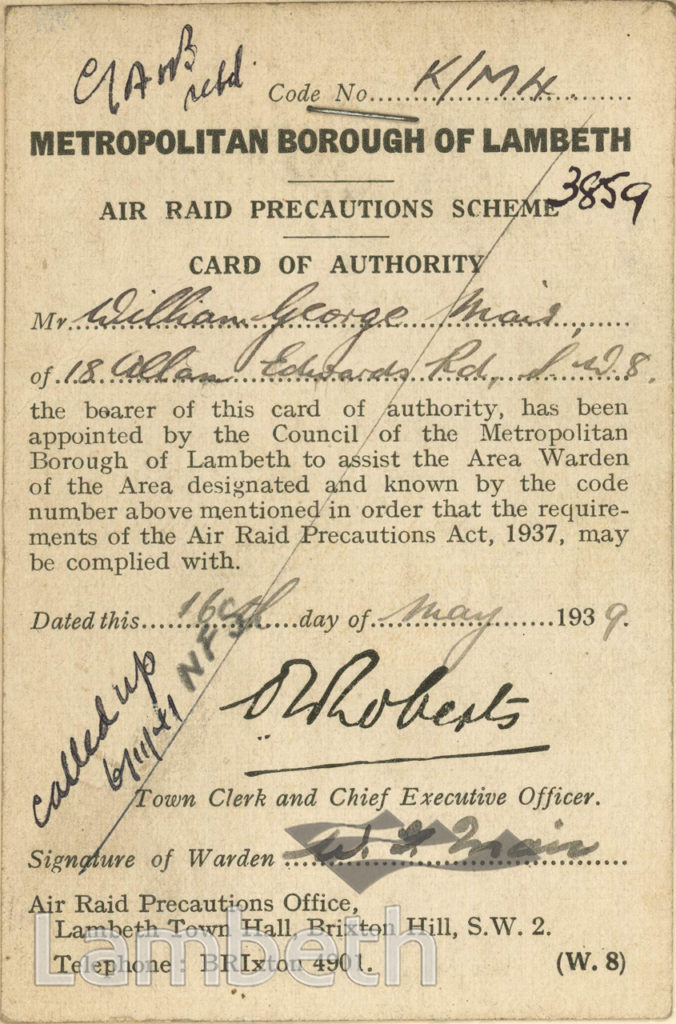 Metropolitan Borough of Lambeth's Air Raid Precautions Scheme Card of Authority for Mr William George Mair of 18 Allan Edwards Road (now Drive) S.W.8, dated 16th May 1939. Mr Mair volunteered as an Air Raid Warden when living at 223 Wandsworth Road, his file states he was aged 30 years and an unemployed shop assistant. Within his file a letter dated 6th November, states he was a 'whole-time Deputy Post Warden' with the wage of Â£3.12.6 per week. However, he was called-up later in November under the National Service Armed Forces Act to the National Fire Service.Ref: 2010/4 1/2