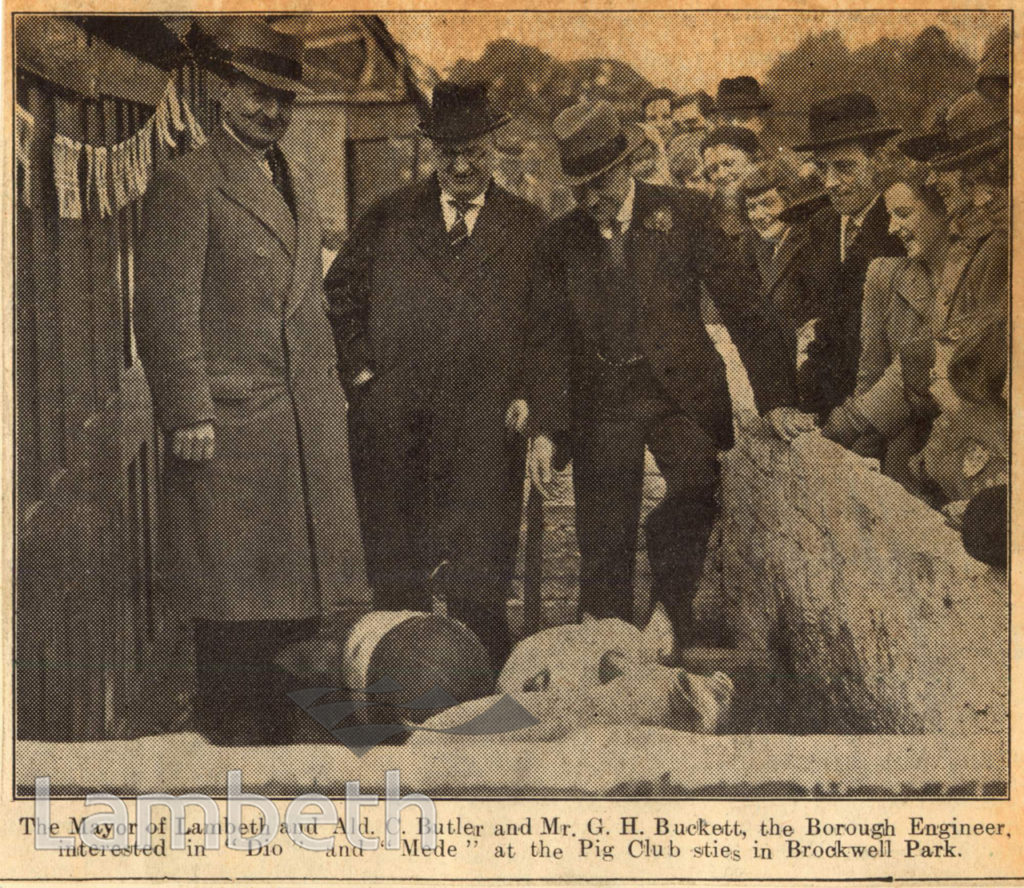 Lambeth's Mayor inspecting a 'Pig Club' site in Brockwell Park, Herne Hill. Three such sites were created for wartime food production in the park, built of timber and bricks salvaged from bombed houses. The official collection standard for pig swill from households was 1 ton per 1,000 homes each month. It was noted in 1941 that 'Lambeth is no where near that', but the quantity was improved with the introduction onto the streets of more conspicuous bins painted white. Image from the Brixton Free Press, dated 29th May 1942.Ref: LBL/DTP/UD/6/1/1/p.109