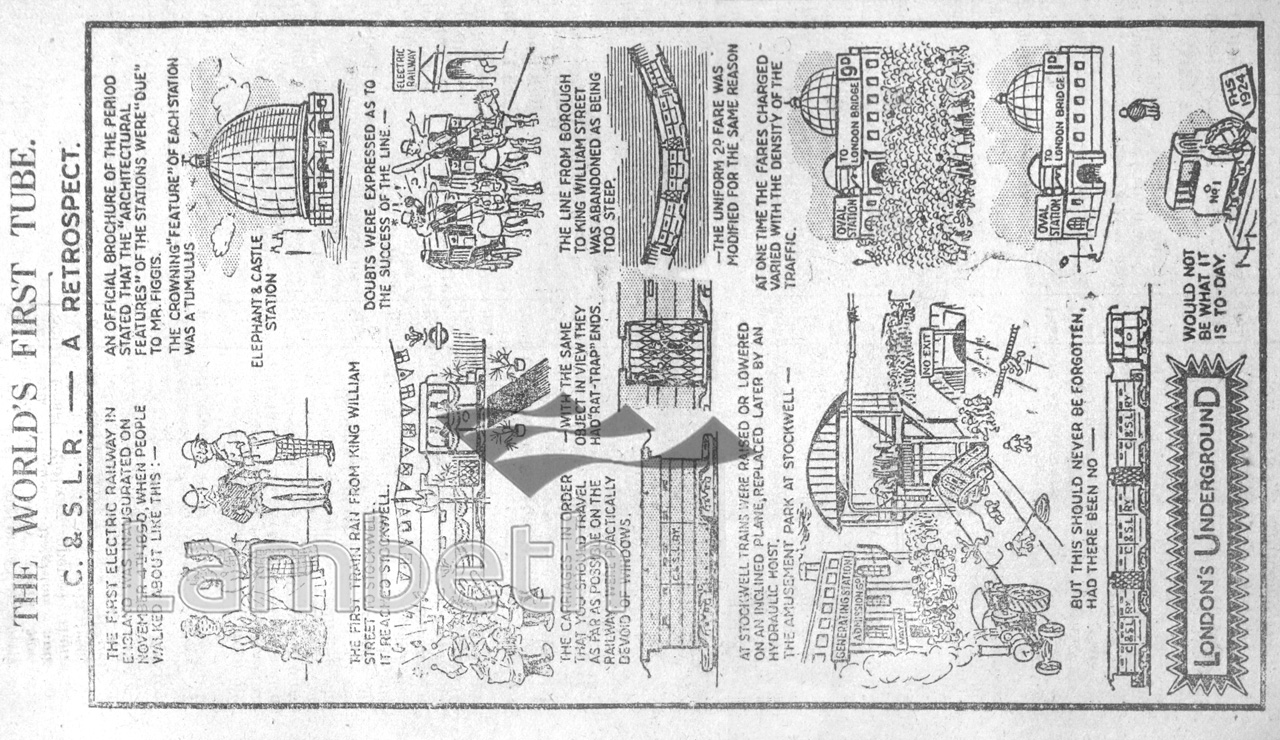 A cartoon celebrating the word's first tube line - the City & South London Railway from King William Street to Stockwell. The first train ran along the electrified line on 4th November 1890 and it opened to the public the following month. Featured in the illustrations are the trains being raised and lowered at Stockwell on a steep incline and mention of the architectural details of the stations by Mr Figgis. From South London Press dated 9th January 1925
#1901 - 1925  #Print  #STOCKWELL  #TRANSPORT
⇐MARY PICKFORD M...