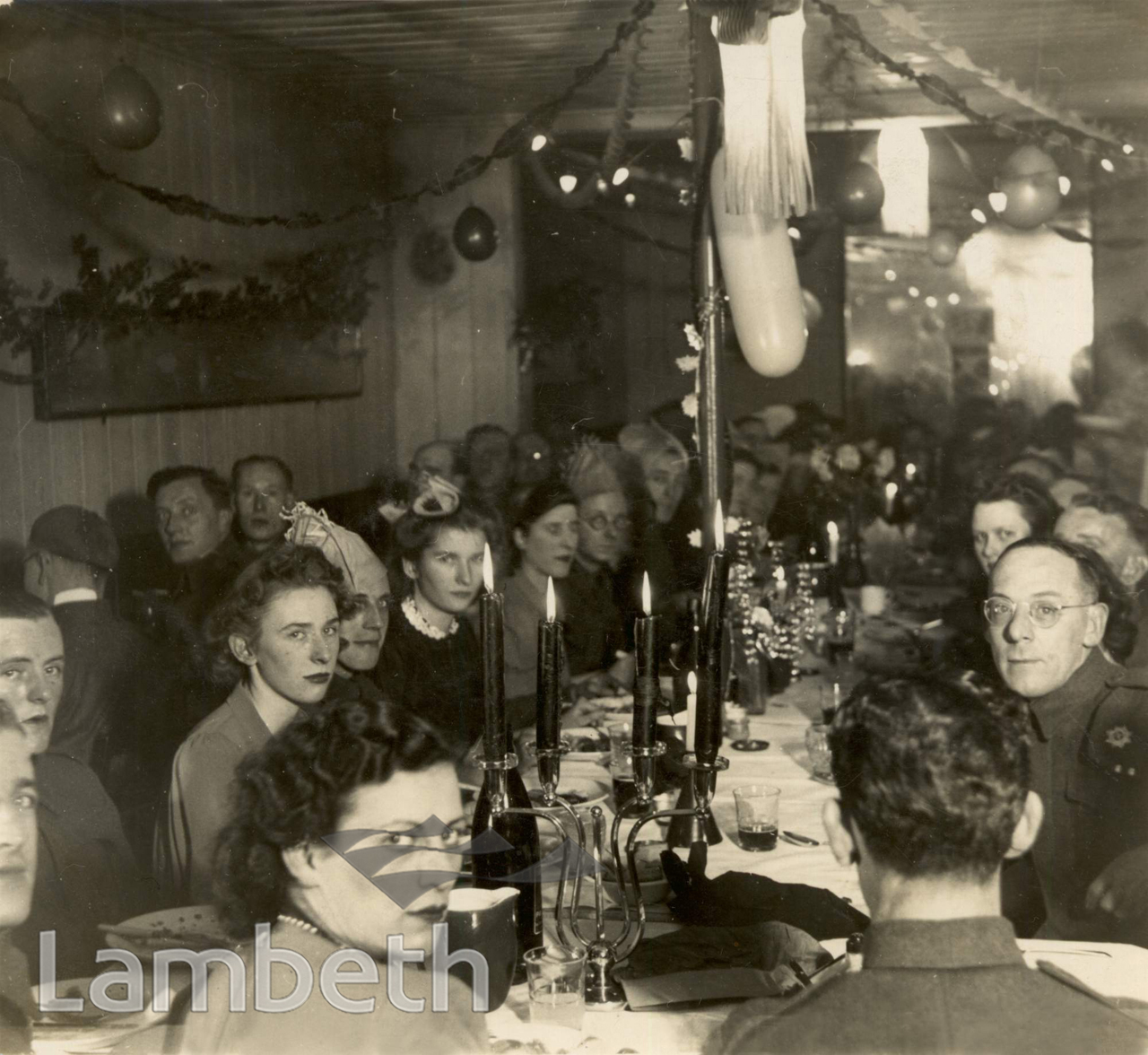 Christmas dinner at the Navillus Restaurant and Women's Voluntary Service Depot in Norwood. The Navillus was opened in Norwood High Street as a communal feeding centre, funded by an Argentinian business man, John Sullivan, and run by WVS member Vera Calvin. She also opened an evening social club to provide entertainment for the forces stationed locally. Vera had joined the WVS in 1938 and helped set up other feeding centres and began 'meals on wheels' for the eldery in Southwark with hay boxes to keep the food warm in transit. She recalls: 'We established the need for meals that people could afford. We supplied a hot cooked meal for 6d which could be taken home or eaten on the premises with friends and neighbours.'Digital image by kind permission of Vera Calvin. From the Lambeth Archives Home Front project 2005.
#1926 - 1950  #CELEBRATIONS AND EVENTS  #FESTIVALS  #Home Front Project 2005  #Photograph  #WAR AND ARMED FORCES  #WEST NORWOOD
⇐WOMEN’S V...