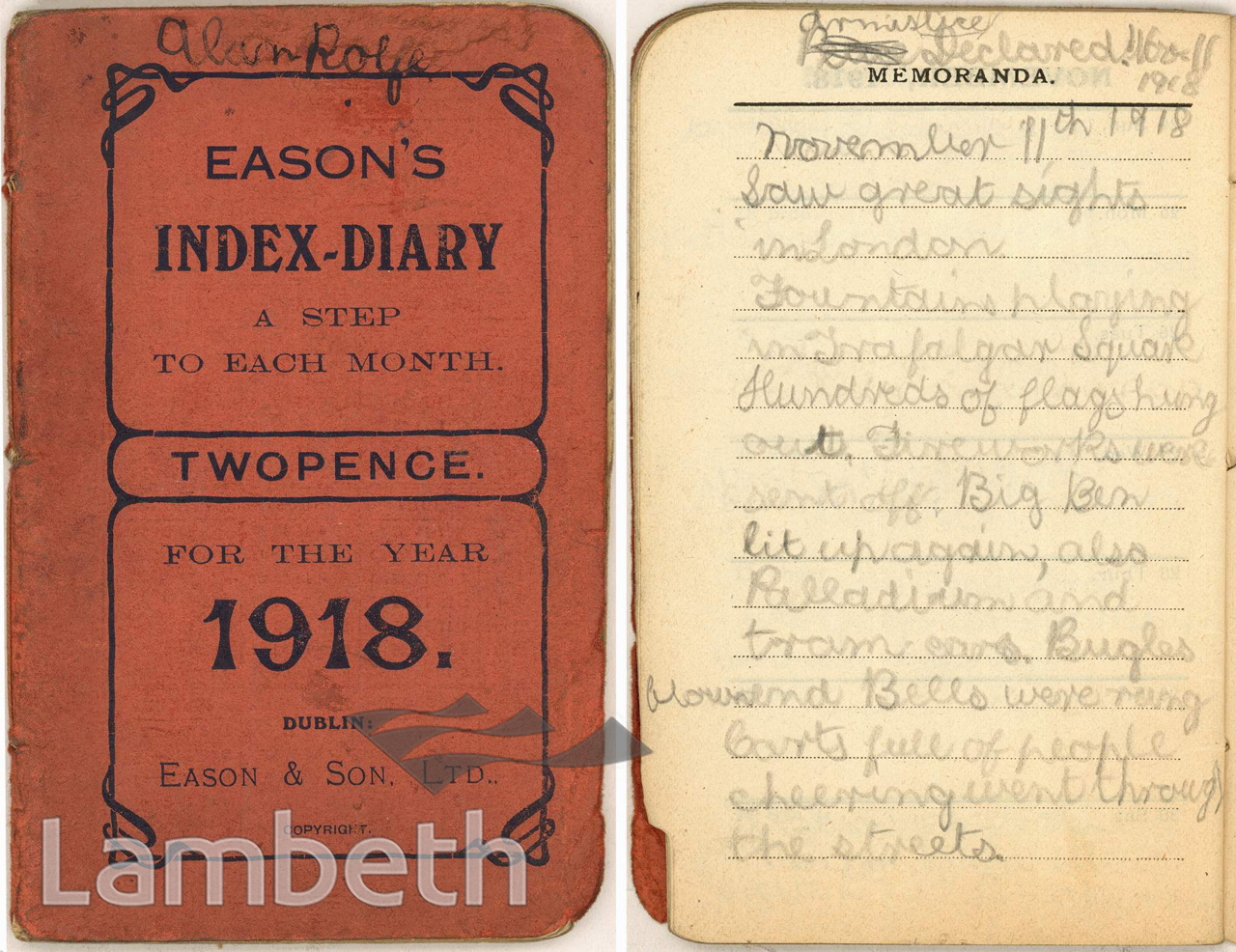 The 1918 wartime diary of actor Alan Rolfe when a boy during World War I and living in Wyatt Park Road, Streatham Hill. The page records Armistice Day on 11th November - 'saw great sights in London' and 'Big Ben was lit up again'. His earlier pages record: air raids and bombs in Leigham Court Road (October 17th 1917) and having to sleep downstairs, the influenza outbreak with a friend(?) Bessie dying in the infirmary and he and his sister Violet 'stayed in bed'. On November 10th he notes the Kaiser's abdication, 'he fled to Holland' and on the 13th observed that a 'part of Nelson's Column burnt by excited people'.
#1901 - 1925  #People  #ROLFE- Alan  #STREATHAM HILL  #WAR AND ARMED FORCES
⇐ST MARTINS ROAD...